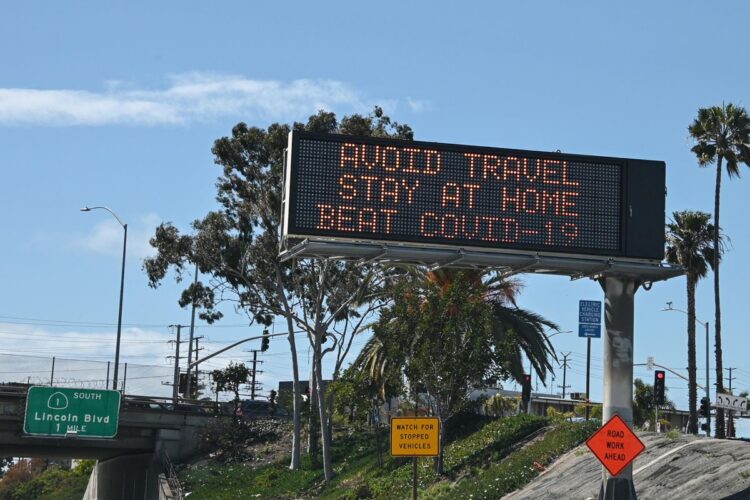 The U.S. recorded 77,339 new confirmed cases of the coronavirus on Friday, according to Johns Hopkins University, and the rolling 7-day average of cases nationwide has increased by more than 10% over the previous week, with more than two dozen states trending in the wrong direction, leading to the Centers for Disease Control and Prevention to warn it is “deeply concerned” about the rising numbers.

The state dealing with the most significant outbreak at the moment is Michigan, which recorded more than 6,000 new cases Friday for the first time a single day since December, as its rolling 14-day average has spiked by 25%.

1,265 new deaths were reported on Friday, but the 7-day average in the U.S. has fallen below 1,000 for the first time since November.

After the total number of U.S. patients hospitalized due to Covid-19 dipped below 40,000 last weekend for the first time since October, it had crept back above 40,000 by Thursday.

Noting the rising number of cases and slightly increasing hospitalizations nationwide, CDC Director Dr. Rochelle Walensky called on the public to “take this moment very seriously” during a White House news briefing on Friday. “I remain deeply concerned about this trajectory,” Walensky said, adding that new infections and hospital admissions have moved “from historic declines to stagnations and increases. We know from prior surges that if we don’t control things now, there is a real potential for the epidemic curve to soar again.” Encouragingly, the U.S. set a single-day record of Covid-19 vaccine shots administered on Friday. . The seven-day average of doses distributed has risen to 2.6 million per day. The CDC said Friday that approximately 89.5 million people (roughly 27% of the U.S. population) have received at least one dose of a Covid-19 vaccine, including about 48.7 million people who have been fully vaccinated (14.7% of the population).

What To Watch For:

At his news conference Thursday, President Biden set a goal of administering 200 million vaccinations within his first 100 days in office. “I know it’s ambitious — twice our original goal,” Biden said, but added, “I believe we can do it.” A total of 34 states have announced that they will open vaccine eligibility to all adults by mid-April, at the latest. Several other states continue to expand eligibility for extended segments of the population.

“It’s clear there is a case for optimism, but there is not a case for relaxation,” White House Covid-19 response coordinator Jeff Zients said Friday.

30 million. More than 30,156,000 people in the United States have been infected with the coronavirus, according to the John Hopkins database, leading to 548,087 fatalities.

Renewed concern over COVID-19 trajectory, even as vaccinations rise (CBS)