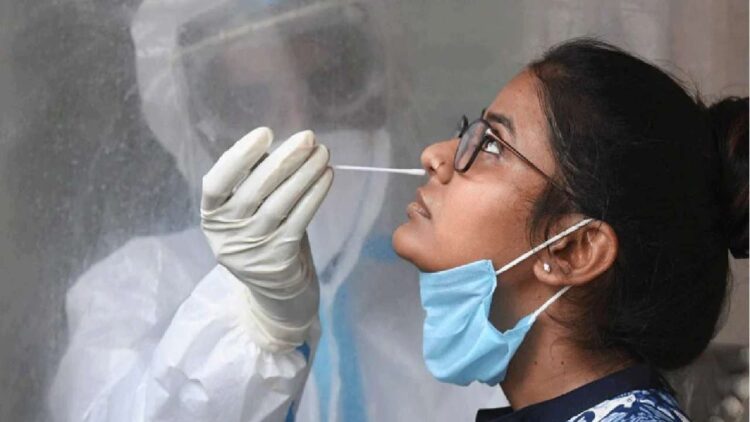 As the entire nation celebrated the festival of Holi, the national capital on Monday (March 29) reported 1,904 covid-19 cases in the last 24 hours, the single highest daily increase in cases in more than three months, according to the health department’s bulletin.

With six more fatalities recorded on Monday, the death toll in the national capital now stands at 11,012 while the caseload is 6,59,619, the bulletin stated.

The bulletin also stated that 68,805 tests were conducted on Monday of which 52,490 are RT-PCR/CBNAAT/TrueNat while the remaining 16,315 are rapid antigen tests.

The total containment zones in Delhi have reached almost 1,850 while 4,639 patients continue to remain under home isolation.

As the Delhi Disaster Management Authority (DDMA) had issued an order which banned public celebration of Holi, Delhi Police Commissioner SN Shrivastava earlier on Monday said that no violations of guidelines had been reported.

“As per Delhi Disaster Management Authority guidelines, no celebrations for Holi, Shab-e-Barat, Navratri, have been allowed at public places. I am happy to inform you that no violation of guidelines has been reported, so far,” ANI quoted Shrivastava as saying.

Meanwhile, amid the surge in cases in the national capital, health minister Satyender Jain on Saturday (March 27) ruled out any possibility of another lockdown. Jain said the lockdown was ‘not a solution’ to contain the spread of the virus.

“ln closed spaces, a maximum of 50 percent of the hall capacity will be allowed, with a ceiling of 100 persons. In open spaces, numbers will be allowed keeping the size of the ground/ space in view with a ceiling of 200 persons subject to strict observance of wearing of face masks, maintaining social distancing, provision for thermal scanning and use of hand wash or sanitizer,” the DDMA order added.