Home Science Covid-19 Is Bad News For Wild Gorillas, And Not Just Because They Can Catch It

Covid-19 Is Bad News For Wild Gorillas, And Not Just Because They Can Catch It 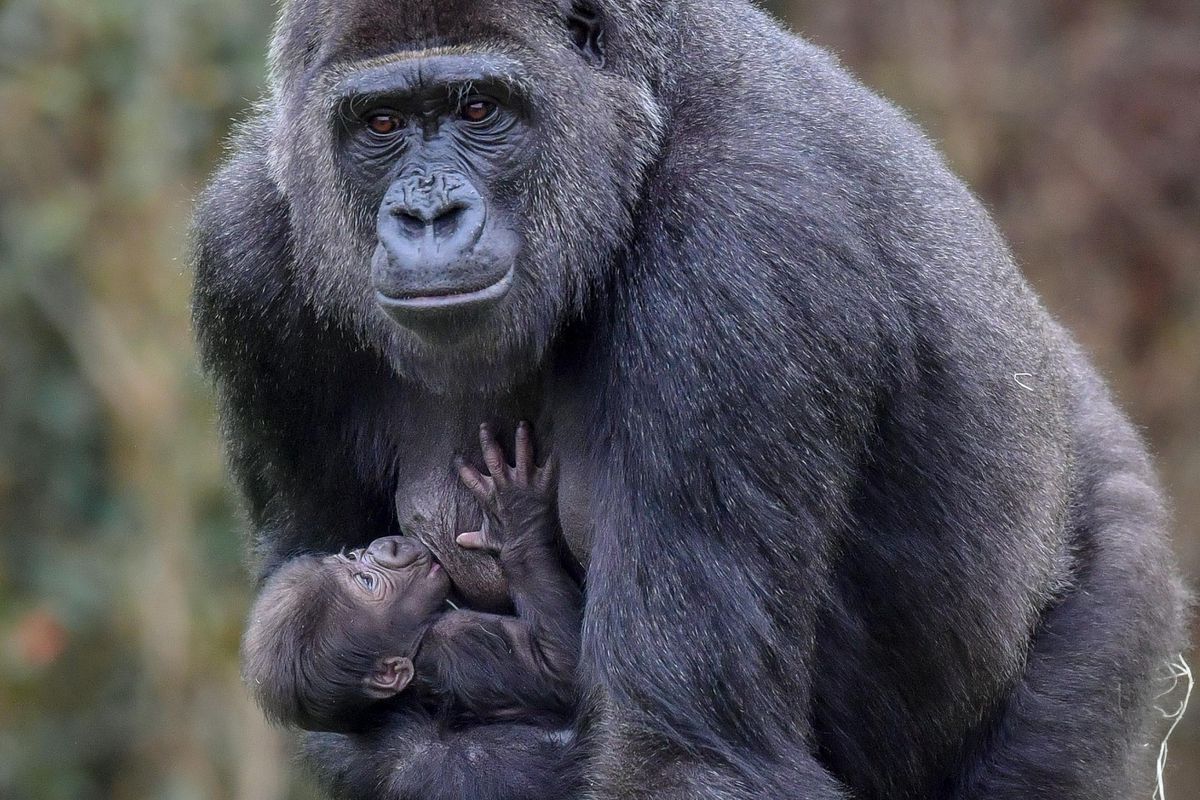 Gorillas became the latest animal known to catch Covid-19 when three gorillas at the San Diego Zoo Safari Park in California tested positive for the virus this week.

The Covid-positive gorillas in California did not come as a surprise to animal experts.

Martha Robbins, a biologist and conservationist with the Max Planck Institute for Evolutionary Anthropology, said there are many known cases of great apes like gorillas, chimpanzees and orangutans suffering from human respiratory diseases.

“Apes are susceptible to respiratory diseases and they may exhibit stronger symptoms than humans and obviously (do) not have access to treatment,” she said.

J. Scott Weese, director of the Centre for Public Health and Zoonoses at Ontario Veterinary College, said scientists anticipated that gorillas would be vulnerable to the pandemic. He said other diseases like Ebola have caused problems for gorillas in the past.

In all species, SARS-CoV-2, the virus that causes Covid-19, attaches to ACE2 receptors on cells when it is attacking a host. Differences in the form of the receptors between species can impact how severely the virus affects them. Weese said gorillas’ ACE2 receptors are very similar to humans’, which would suggest similar susceptibility.

Although the gorillas in California seem to have mild cases, Weese said the disease might make some gorillas, especially older ones, seriously ill like it does in humans. He said wild gorilla groups are small enough that it doesn’t take many mortalities to have long-term impacts on their populations.

No cases of Covid-19 have been reported in wild gorillas so far, but Weese said it isn’t realistic for researchers to go test random gorillas, especially since it could expose them to the disease. He said we probably won’t know if there is an outbreak unless gorillas start getting seriously ill or dying.

The easiest way to keep Covid-19 away from gorillas would be to stop humans from visiting them, but that isn’t even close to being a perfect solution.

Tourism has already been reduced in many places because of the pandemic. Robbins said most great ape tourism was shut down in March, but it resumed in some places in August and September. She said the decrease in tourism has benefits for protecting gorillas from Covid-19, but it has also hindered conservation efforts.

“Tourists visiting mountain gorillas in Uganda, Rwanda and (the Democratic Republic of Congo) bring in significant income to those countries and contribute in a major way to conservation efforts,” she said.

Tara Stoinski, president and chief scientific officer at the Dian Fossey Gorilla Fund, said the livelihood of people living near gorillas has been significantly impacted by the decrease in international tourism. She said poaching has increased as a result. Her organization removed twice as many snares in 2020 as 2019.

“Mountain gorillas aren’t targeted by poachers, but they can get caught in snares and in June, a mountain gorilla in Uganda was killed when he surprised hunters in the forest,” she said. “So the challenges facing the human population are directly increasing the pressures on the gorillas and other biodiversity.”

Scientific research on gorillas has also been reduced because of the pandemic.

Stoinski said the Gorilla Fund halted all long-term research at the start of the pandemic and has yet to resume it. However, she said there are still trackers working to protect gorillas on a daily basis. They collect basic information on events like births and deaths to maintain the organization’s database on mountain gorilla life history patterns.

Robbins said the Uganda Wildlife Authority stopped all research on great apes in their national parks between March and September. Data collection for a project she has been working on since 1998 came to a temporary halt. The research has since resumed on a small scale. She said scientists are quarantining before going into the forest and keeping a greater distance from gorillas.

“One focus of my current research is the development of young gorillas, so the gap in data collection is detrimental,” she said. “However, when weighing the costs and benefits, protecting the gorillas is far more important than some data.”