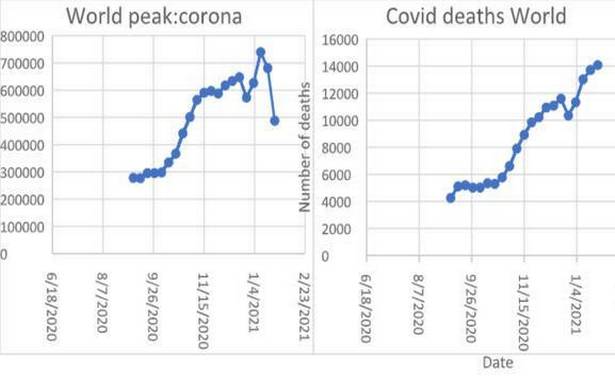 The COVID-19 pandemic that originated in China presumably in September of 2019, took the world by storm in 2020, wreaking havoc on global health and economy. Each country responded to the pandemic in its own way. The importations of the coronavirus were early and more numerous in countries with heavy travel to and from China, Italy, for example. Such countries were surprised with early start and rapid spread of the epidemic, overwhelming even their well-organised and robust healthcare systems.

The test-treat-trace-isolate policy of the Western world, and non-pharmacological personal protective measures – cough etiquette, mask wearing, maintaining physical distance and hand washing with varying degrees of acceptance – were able to flatten the initial wave of the epidemic curve. However, the virus was too infectious; the emergent variants even more so. Premature relaxation of curbs on assembly and personal protective measures led to resurgence of infections and larger second waves during the last quarter of 2020, spilling over to January 2021.

Countries which adopted universal mask-wearing and provided easy access for PCR testing for infection – such as Taiwan and South Korea, escaped with fewer cases and fewer deaths compared to many others. The socio-cultural-cum-political situations in countries like the U.S. and the U.K. led to public resistance to accept restrictions of personal freedom with consequent aggravation of the epidemics. However, for the last four months, all countries were eagerly waiting for a respite – by way of decline of the epidemic, which had to follow a peak. We believe the peak is just past, good tidings to the worst affected countries.

The pandemic is a composite of epidemics in all countries, hence a statistical construct, not reflecting any country-specific epidemic; some countries like India peaked earlier, some like Indonesia and Portugal may see a later epidemic peak, but this will not influence the world peak. The weekly number of cases world-wide, available in the Worldometer website, show that the pandemic has begun to decline as shown in the graph.

Thirty-five countries started rolling out vaccination in 2020 – China and Russia in September; the U.K., the U.S. and Canada in the second week of December and others by late December. More countries, including India have initiated vaccination programme in January 2021. Only very few have started giving the second dose – therefore vaccination has not started contributing to the decline of the epidemic in any country.

Remember, it takes two weeks after second dose – or six weeks from the date of the first dose, to confer immunity against COVID and have an impact on the epidemic curve. Therefore, vaccination has so far not contributed to the decline of the epidemic in any country.

The graph tells us that the global peak occurred around January 10, with decline in the ensuing 2 weeks. The weekly number of deaths are still on the ascent. This is expected in view of the four-week delay between infection and death. We expect the mortality graph to reach peak shortly and then decline. If that turns out to be true, our conclusion about the pandemic peak and decline will also be true.

What does the peak signify? The herd immunity threshold for COVID-19 coronavirus infection is approximately 60%, and at the peak of the epidemic, half that level, about 30% of the world population would have been infected. The peak is the half -way mark and in the absence of vaccination, a further 30% of the population would get infected before endemic phase is reached.

Mass vaccination in countries which have not reached endemicity already, should accelerate the rate of decline of infections and take the world to a ‘pan-endemic’ state. If vaccination strategy is purposefully tailored, the programme carried out seamlessly and efficiently and universal acceptance is achieved through proper information-education -communication, we can prevent further deaths due to COVID-19 globally. We will even have an opportunity to eradicate COVID-19.

For this, all nations of the world should act in unison, helping each other, with support and leadership from WHO and cooperation of philanthropic agencies. This will pave the way for rapid and smooth global economic recovery. India has already set an example by sharing the vaccine with its neighbours, a fact much appreciated by the WHO.

In this pandemic, the world has learnt an important lesson. Any disturbance in ecological balance and health of species anywhere in the world may come with a heavy price. Among other ill effects, such imbalance may lead to animal-to-human transmission of serious infectious disease and threaten the fabric of socio-cultural and economic stability of mankind. All human developmental activities should be in tune with nature enabling all creatures to live peacefully in their respective habitats.

COVID-19 pandemic: is it a decline after the peak?

X
Reneging on the ‘no-profit pledge’ to supply Oxford vaccine…ScienceOxford University and AstraZeneca committed on multiple occasions to supply the vaccine on a not-for-profit basis On April 30, 2020, the day the Unive…
close