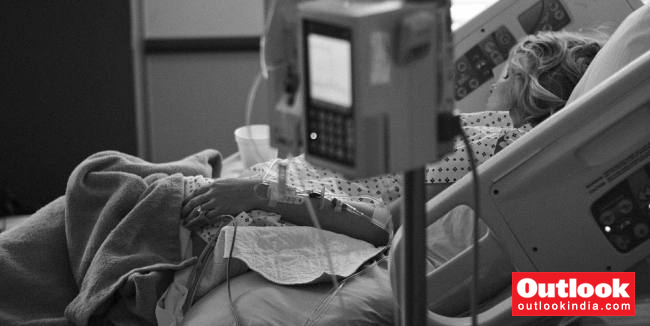 The first week and a half after leaving the hospital carry a high risk for Covid-19 patients, including trips back to the hospital, and death, according to a study.

Researchers found that Covid-19 patients had a 40 to 60 per cent higher risk of ending up back in the hospital or dying in the first 10 days, compared with similar patients treated at the same hospitals during the same months for heart failure or pneumonia.

The study, published in the journal JAMA, found that by the end of 60 days, the Covid-19 patients’ overall risk of readmission or death was lower than that for the other two serious conditions.

In the first two months, 9 per cent of the Covid-19 patients who survived hospitalisation had died, and almost 20 per cent had suffered a setback that sent them back to the hospital, the researchers said.

That was in addition to the 18.5 per cent who had died during their hospitalisation, they said.

“By comparing Covid-19 patients’ long-term outcomes with those of other seriously ill patients, we see a pattern of even greater-than-usual risk right in the first one to two weeks, which can be a risky period for anyone,” said John P. Donnelly, the study’s first author and an epidemiologist at the University of Michigan in the US.

All but 5 per cent of the patients were male, and half were Black, which is not nationally representative but focuses on two high-risk groups.

However, within the veterans studied, the only factor that made a significant difference in outcomes was age, the researchers said.

About half of veterans in their 70s and 80s died in the 60 days after leaving the hospital, they said.

The most common reasons listed for rehospitalisation were Covid-19, cited in 30 per cent of patients, and sepsis seen in 8.5 per cent, the researchers said.

More than 22 per cent of the readmitted veterans went to an intensive care unit, they added.