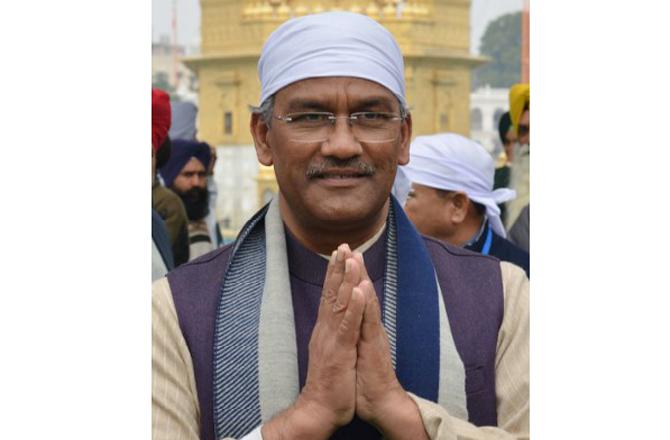 Uttarakhand Chief Minister Trivendra Singh Rawat, who tested positive for Covid-19 on December 18, was on Monday admitted to the All India Institute of Medical Sciences (AIIMS), Delhi following a chest infection he developed during his home isolation in Dehradun, sources informed IANS.

Rawat has been kept in the AIIMS trauma centre and a team of doctors led by the hospital director is checking on his health.

Sources told IANS that he has developed Pneumonia and was admitted to Delhi after his condition worsened.

Earlier, Rawat was admitted to a hospital in Dehradun on Sunday after he complained of fever. The investigations by the doctors there revealed that Rawat has developed an infection in the chest. Later on Monday, Rawat was flown to Delhi after consulting doctors at the AIIMS.

The Chief Minister had been in home isolation after he tested positive for Covid-19 on December 18.

Rawat has been cautious regarding the Covid spread and had quarantined himself whenever he found that his staffers and people working closely with him have contracted the infection.

He had isolated himself in September after his Officer on Special Duty (OSD) had tested positive for Covid-19.

Earlier on August 26, he had gone into home isolation after three of his staffers tested positive for Covid-19. On June 1 too, Rawat and two of his cabinet ministers had decided to quarantine themselves after Cabinet Minister Satpal Maharaj tested positive for the virus.