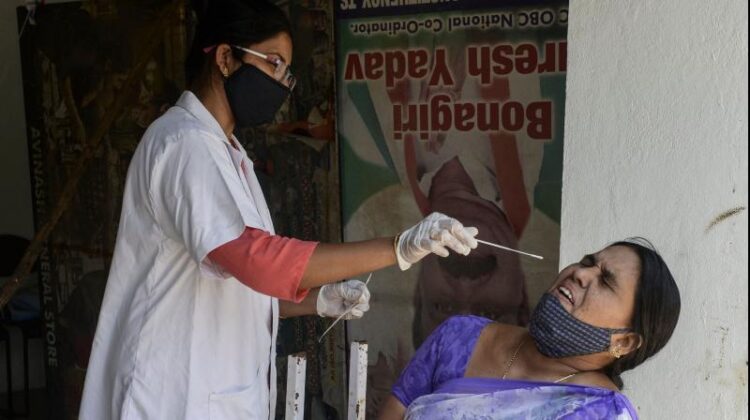 Hyderabad: Telangana recorded 965 new COVID-19 cases, the highest single day spike so far this year, pushing the tally to over 3.08 lakh, while the death toll rose to 1,706 with five more fatalities, the state government said on Friday.

Greater Hyderabad Municipal Corporation (GHMC) accounted for the most number of cases with 254, followed by Medchal Malkajgiri 110 and Rangareddy 97, it said in a bulletin, providing details as of 8 PM on April 1.

Cumulatively, over 1.02 crore samples have been tested.

The samples tested per million population was over 2.75 lakh, the bulletin said.

The case fatality rate in the state was 0.55 per cent, while it was 1.3 per cent at the national level.

According to a separate release, as many as 10,84,429 people in the state have received their first dose of COVID-19 vaccine while 2,42,178 got their second shot also as of April 1.