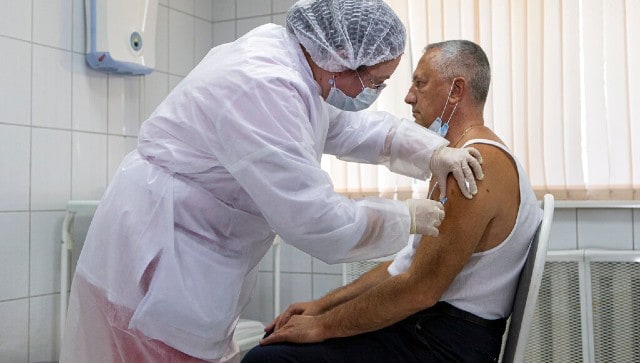 As we get closer to a breakthrough in the fight against COVID, the last lap of the global race towards the access and delivery of the vaccine continues. Controlling the virus will be the global goal of utmost importance in the year 2021. Vaccination against preventable diseases can be considered as a public good as it is both non-rivalrous and non-excludable. Vaccinations create positive externalities as they not only directly protect vaccinated individuals but also indirectly benefit the unvaccinated. It is also one of the most crucial policy interventions in achieving 14 out of 17 Sustainable Development Goals including good health, no poverty, reduced inequalities, decent work and economic growth.

In addition to the vaccines being made affordable and accessible, the global health community and governments across the world will have to counter several barriers to gain trust in the vaccine and encourage individuals for its uptake. According to the World Health Organisation in 2019, vaccine hesitancy was one of the top ten threats to global health. One of the biggest challenges could be convincing individuals to be inoculated. According to a recent World Economic Forum and Ipsos Survey conducted in October, there is a wide variation between countries regarding the intent to get vaccinated against COVID-19

, whenever such a vaccine is available – nearly 87 percent of Indians, 54 percent in France, 64 percent in the United States and 68 percent in South Africa have the intent to get vaccinated.

Although some countries have a higher vaccine acceptance rate than others, in the current COVID-19

pandemic, the entire global population needs to be protected to prevent the virus from transcending across the borders. It is, therefore, necessary that countries develop effective strategies through evidence-based policy nudges to address potential bottlenecks that might occur in near future.

Intent to get vaccinated

Historically, vaccines have proven to be success stories in reducing several diseases such as polio, measles, smallpox, etc. Vaccinations not only have a direct effect in reducing the individual risk of the disease but also an indirect impact of herd immunity, a term used to denote the immunity enjoyed by the society when a sufficient number of people have protection either from vaccination or previous infection. Although experts still do not possess enough information about the exact percentage of the population required to be vaccinated to have herd immunity to COVID-19

, the vaccine will still be crucial in limiting the epidemic.

An increase in the vaccination rate, however, can create a paradoxical effect and social dilemma, which leads to a free-rider problem. Due to vaccination’s costs and risks, the individual’s ‘free-riding’ tendency increases. As the societal vaccination rates increase, the immune population will also protect the non-vaccinated individuals, therefore, the individual incentive to get vaccinated decreases. Vaccine hesitancy or scepticism can also develop due to several reasons such as lack of familiarity, misinformation and personal experience with the disease. While dealing with a novel vaccine, it is crucial that false scepticism about the vaccine uptake is addressed early on.

Vaccine scepticism has the potential to undermine efforts to control the disease. For instance, in India, one of the main reasons for low uptake of oral polio vaccine in early 2000s in Uttar Pradesh was misinformation regarding the side-effects of the vaccine. During the Ebola outbreak in the Democratic Republic of Congo, lack of institutional trust amongst people were major barriers for government to ensure mass vaccination attempts. In the post-truth era, with the proliferation of fake news and misinformation, vaccine hesitancy has risen around the world. Vaccine scepticism is often supported by the anti-vaccination movements and anti-vaxxers, who promote conspiracy theories, misinformation and myths regarding the effectiveness of vaccines. In the United States, vaccine refusal has increased from 2.5 percent in 2010 to 4 percent in 2016. Another study by the London School of Hygiene and Tropical Medicine highlighted that religious extremism and political instability play a crucial role in declining vaccine confidence in many countries.

Behavioural sciences can help understand the reasons for vaccine refusal or acceptance and promote the uptake through social nudges. A ‘nudge’ is a policy intervention aimed at predictably changing human behaviour without limiting the freedom of choice. Social nudges in the form of individual incentives have been used in many instances. For example, in France, immunisation records for children are required for them to be enrolled in schools. Vaccination cards can also be an important indicator for public authorities to encourage uptake. In Australia, financial incentives such as tax rebates for immunisation ensured vaccination uptake. In some cases, targeted voice calls and text messages helped in sending reminders to receive a specific immunisation shot.

The process of getting vaccinated must be made as seamless and accessible as possible. A study by J-Pal in rural India indicated that small incentives such as providing ration like one kilogram of lentils for each visit can increase immunisation rates and overcome the tendency to procrastinate. The families are encouraged to return to complete the course of vaccination. Often, a high level of absenteeism among healthcare workers increases people’s tendency to procrastinate. Mobile immunisation camps can be set up in villages as well as additional incentives can be utilised to compensate for inconveniences or loss of daily wages for informal workers. Moreover, government authorised apps can be utilised to identify the closest vaccination camp.

Moreover, to build public trust and understanding at an early stage, there needs to be effective social mobilisation and transparent communication about vaccine trials between vaccine manufacturers, health officials and communities.

It is necessary that people are made aware of the vaccine through an authentic and authorised channel. In Britain, for example, the counter disinformation unit has worked in tandem with social media companies to identify and respond to disinformation and anti-vax misinformation. Local authorities and leaders must be engaged to encourage vaccine uptake. During the Ebola outbreak in DR Congo, it was found that local authorities were more trusted than national levels of government. In India, healthcare workers like ASHAs (Accredited Social Health Activists) can help in disseminating information related to the side-effects, effectiveness and procedure of the vaccine locally.

Despite the vaccine being a global public good, vaccine allocation across countries will remain a daunting task – wealthy nations representing 13 percent of world’s population have already bought more than half the future supply of COVID-19

vaccine. While focussing on the global supply-side of the vaccine, public authorities must also design an action plan to identify the ‘non-adopters’ and consequently develop targeted communication strategies for effective delivery. To build early vaccine confidence and literacy, it is crucial to maintain the right balance between educating individuals about the importance of universal vaccine coverage and avoiding any suggestion of coercion.

The article was originally published on ORF Online and has been reproduced here.