Home General Covid stimulus is the most important for the U.S. economy right now, economist says

Covid stimulus is the most important for the U.S. economy right now, economist says 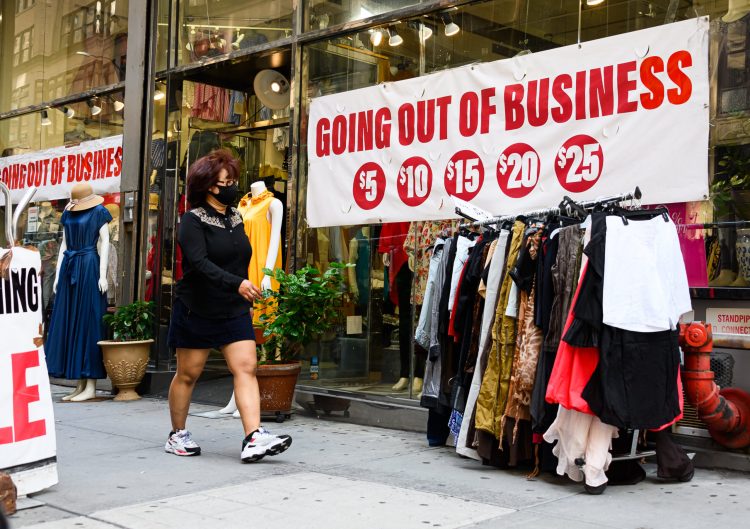 A pedestrian wearing a protective face mask walks by a going out of business sign displayed outside a retail store in New York City.

The U.S. economy could experience a “slight downturn” in the first quarter of 2021 if the Covid stimulus bill is not passed, an economist from Moody’s Analytics said on Monday.

Senate Majority Leader Mitch McConnell announced Sunday that Congress had agreed on a $900 billion coronavirus relief package after months of failed negotiations. American lawmakers are expected to vote on the bill on Monday.

He explained that the U.S. economy appeared to be on a “downward trajectory” coming into this month, with moderating retail sales and rising claims for unemployment benefits.

Without another Covid relief package, the economy could see a “slight downturn” instead of a “mild positive growth” in the first quarter of next year, added Cochrane.

“And then we get beyond the first quarter, maybe the vaccine gets spread at least enough to begin creating some improved confidence in the economy and we continue moving on,” he said.

Lockdown measures to contain the spread of Covid-19 have hurt economies around the world. The International Monetary Fund in October forecast a 4.4% contraction in the global economy this year, with the U.S. economy expected to shrink by 4.3%.

The large economic hit from the pandemic means that governments have little choice but to increase spending to support their respective economies, said Cochrane. But in the coming years, governments will have to rein back spending and reduce their debt, he added.

“This will be something that will weigh on the economy down the road in a couple of years,” said Cochrane.

“Hopefully the economy will be growing fast enough that the weight from a lack of government spending won’t be enough to pull the economies down.”