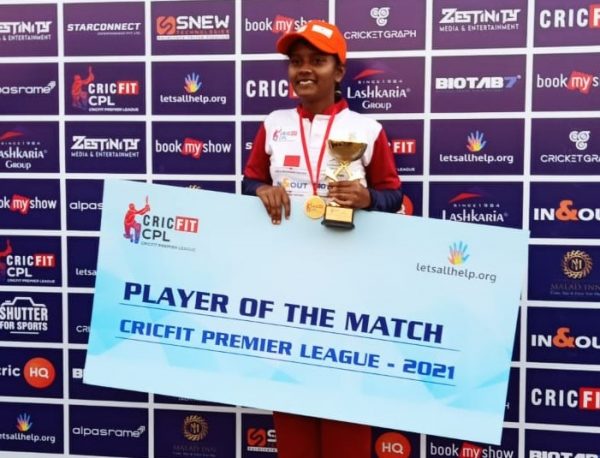 Batting first, NEGEV got off to a poor start losing opener Tushi Shah in the second over. Mansi Patel bowled a gem of a delivery to dismantle Tushi’s timber to have NEGEV at 5 for 1. Since then, it was a one-woman show as Saloni Kushte dominated the proceedings from one end.

She played a fine 50-run knock from 55 balls including seven boundaries but lacked support from the other end. No other batters managed to cross the double-digit mark as Zeal D’Mello, Mansi Patel, and Jayshree Bhutiya chipped in with two wickets each to contain NEGEV Cricket Academy for mere 95 runs.

It was an easy run chase for Goldenstar as they cruised through to victory within 13.1 overs. Although they lost Zeal D’Mello early, Sayali Temkar and Tanvi Giri shared a crucial partnership to reduce the equation. Temkar contributed with 37 runs from 41 balls while Tanvi contributed 14 runs.

Although Tanvi got out scoring 14 runs which forced another dismissal of Mansi Patel. Reeling at 60 for three, Goldenstar needed another partnership to secure a win. Sayali Temkar calmed through her knock along with Ulka Patil to take her side home convincingly to open CPL 2021 with a victory.

NEGEV Cricket Academy bowlers tried their best but they didn’t have runs on the board which cost them the match.