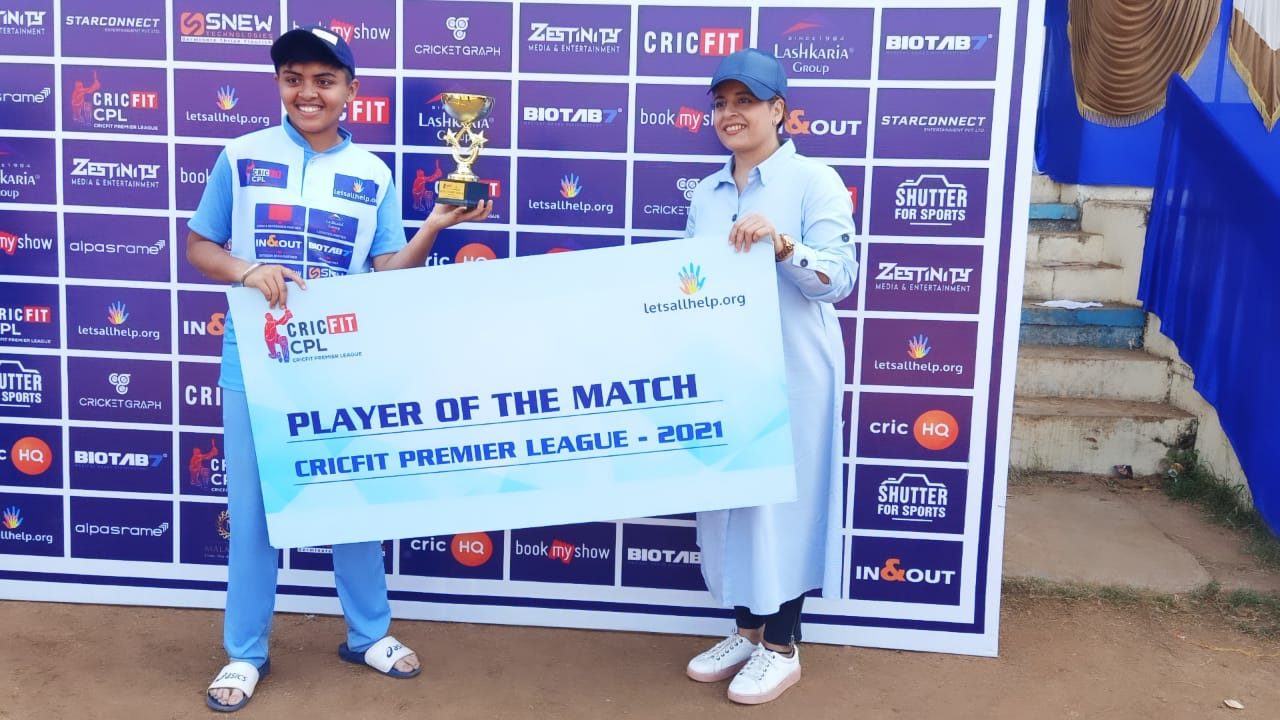 Kamath Memorial Cricket Club’s Nirmiti Rane ran an absolute riot through the lineup as she picked up 3 wickets for 9 runs in her 4 overs spell which also included 1 maiden over.

After losing 5 wickets for 40 runs, it was Sanika Chalke and Nandita Trivedi who stitched a 59 run partnership for the 6th wicket to take the score to 99 at the end of overs.

In the 2nd innings, Bhosale Cricket Academy’s opening bowler Palak Dharanshi did provide the early breakthroughs as she dismissed both Pranjal Gurav and Tanisha Gaikwad in under 3 overs. But with just 100 runs on the board, it just took a partnership from Shraddha Shetty and Sharvi Sane to give Kamath Memorial Cricket Club the advantage in the chase as they successfully chase down the target of 100 runs with 23 balls to spare.