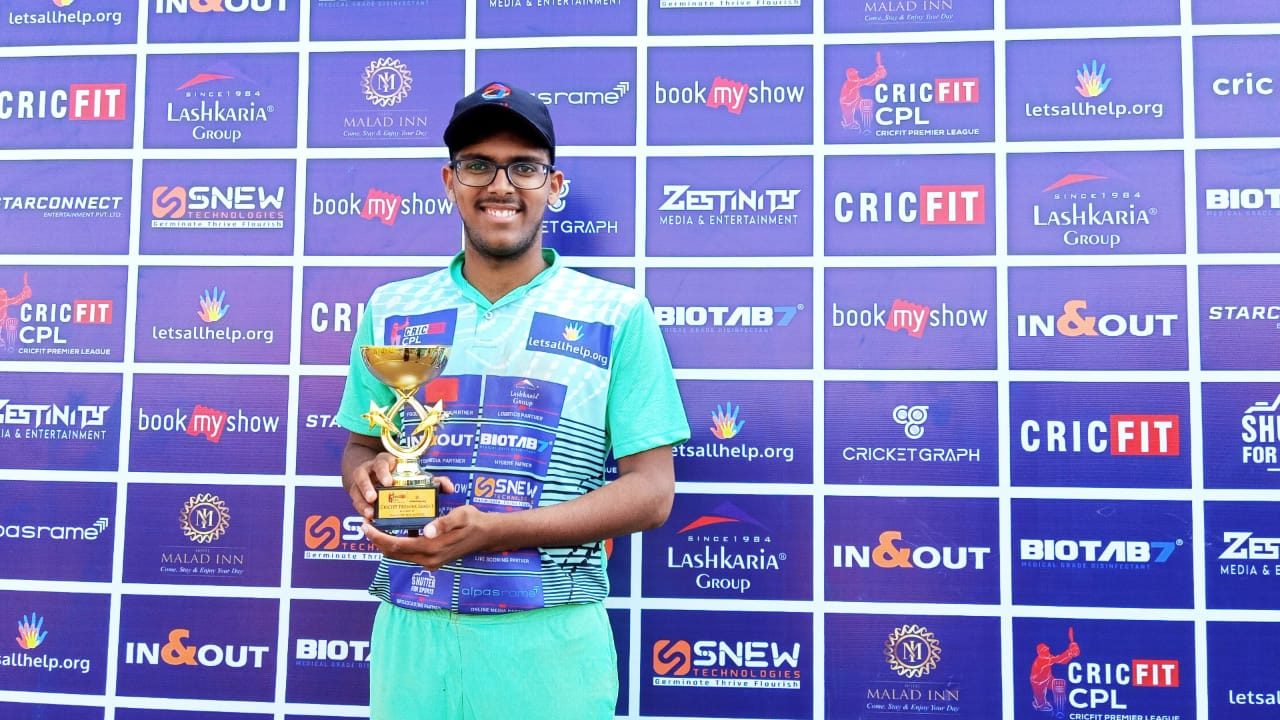 The inaugural edition of CPL is almost at its business end with teams fighting to book a berth in the final. Swami Vivekananda International School banked on an all-round show from Rudra Tank to beat NIWEC by 91 runs at the Thakur Village Cricket Stadium in Kandivali East.

Batting first, good shows from Swami Vivekananda batters propelled them to a mammoth score of 177 runs in their quota of 20 overs. However, the start was not great as they lost opener Amit Jaiswal in the third over. Raj Chavan got the better of Jaiswal to have Swami Vivekananda at 10 for one.

After tasting the first blood, NIWEC struck twice more to reduce Swami Vivekananda International School to 43 for three in just 7.2 overs. While many thought that it will be one-way traffic for NIWEC, Swami Vivekananda’s in-form batters – Aaditya Naik and Rudra Tank stitched a 100+ partnership to guide their side to a challenging total.

Rudra Tanks takes Swami Vivekananda to U16 finals of CPL 2021

Rudra in particular was the attacker of the two, hitting the gaps with ease. He played a whirlwind knock of 62 runs from just 39 deliveries including eight boundaries and two sixes to set the tone before Aaditya’s unbeaten 51-run knock propelled Swami Vivekananda International School to 177 runs.

Chasing a mammoth total, Sahil Parakh gave NIWEC a whirlwind start. They raced to 34 runs in just 4.5 overs before Rudra Tank trapped Parakh right in front for 24 runs from just 17 deliveries. Since then, Swami Vivekananda International School were all over the NIWEC batters.

Aftab Manihar starred with the ball scalping four wickets with contributions from Aadesh Rane and Aarya Deshpande to have NIWEC for 47 for eight. Prajwal Khade and Raj Chavan tried their best in the end but by then, they have already lost the match.

Back to Top
Close Add post
X
Centurion Fawad Alam Don’t Want To Blame Selectors For Not Playing International Cricket For 1…CricketPakistan Test cricketer Fawad Alam, who scored a gritty century against South Africa during the first innings of the first Test at Karachi, is thankfu…

X
Bharat Arun Awaits For The Challenge Against In-form Joe Root During The Four-Ma…CricketAfter successfully getting better off Steve Smith with his plans during the Test series, India’s bowling coach Bharat Arun is ready for the next chall…
close