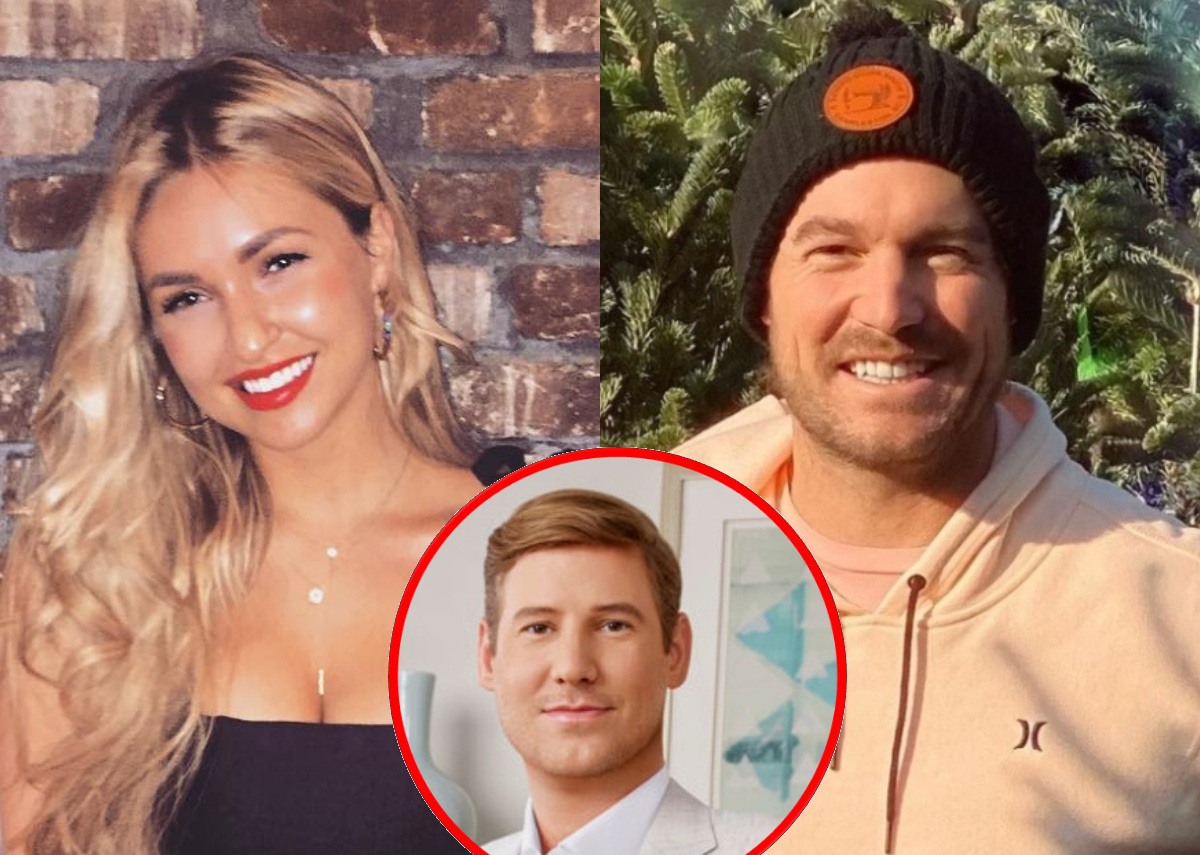 Craig Conover‘s girlfriend, Natalie Hegnauer, took to her Instagram Stories on Thursday night to defend herself amid the first half of the two-part Southern Charm reunion.

After her brief stint on Love Connection and her past hookup with Austen Kroll were mentioned during the special, on which she did not appear, Natalie explained her reality past, looked back on her “meaningless fling” with Austen, and gushed over her relationship with Craig, who she labeled as her “best friend.”

“Who cares what I did in my past?” Natalie asked. “Yes, I was on a tiny segment of Love Connection for 15 minutes [five] years ago. My friend was one of the producers and offered me $____ and said it would be fun. So I did it, as most kids would. It’s not that deep.”

According to Natalie, she not only informed Craig of the past appearance, but she actually watched clips with him on YouTube.

As for the time she spent with Austen, a revelation first made by Madison LeCroy on Watch What Happens Live, who said she was “grossed out” by the love triangle, Natalie downplayed the seriousness of their encounter.

“Austen and I had a meaningless fling over a year and a half ago,” she explained. “We mutually decided we’re better as friends and he introduced me to Craig.”

Following the introduction, Natalie and Craig became friends before ultimately developing feelings for one another.

“Austen, Craig and I are all adults, all have a past, and do not care about it,” she continued. “What I do in my private life is my decision and I should not be shamed for it.”

In closing, Natalie added a sweet message about her relationship with Craig.

“Craig is my best friend and we are happy together. Nothing else really matters,” she shared. 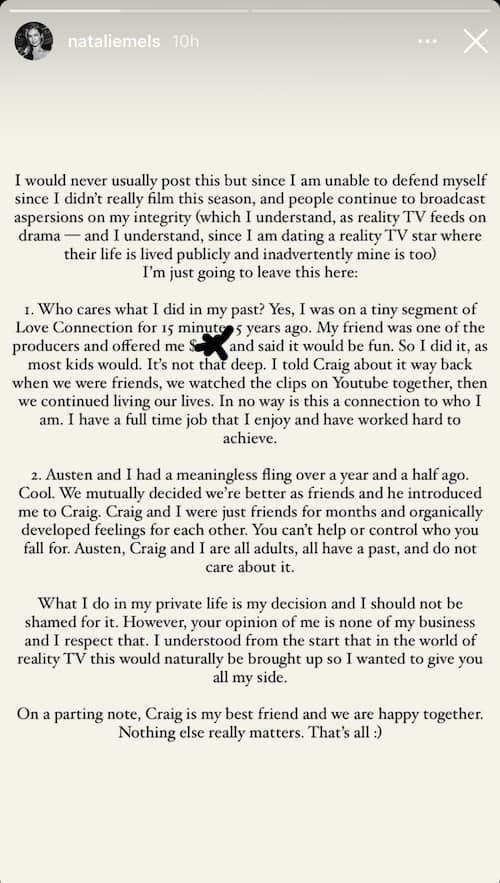 Days before Natalie defended herself from claims made on Southern Charm, she shared a sweet photo of herself and Craig sharing a kiss during a getaway to Red Rock Canyon State Park. 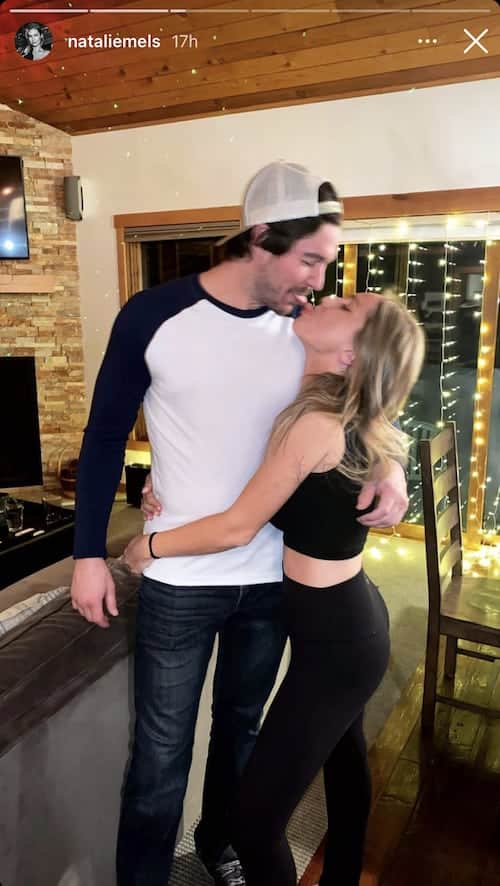 Also during the trip, Craig shared a stunning photo of Natalie walking up a mountain in a backless blue dress. 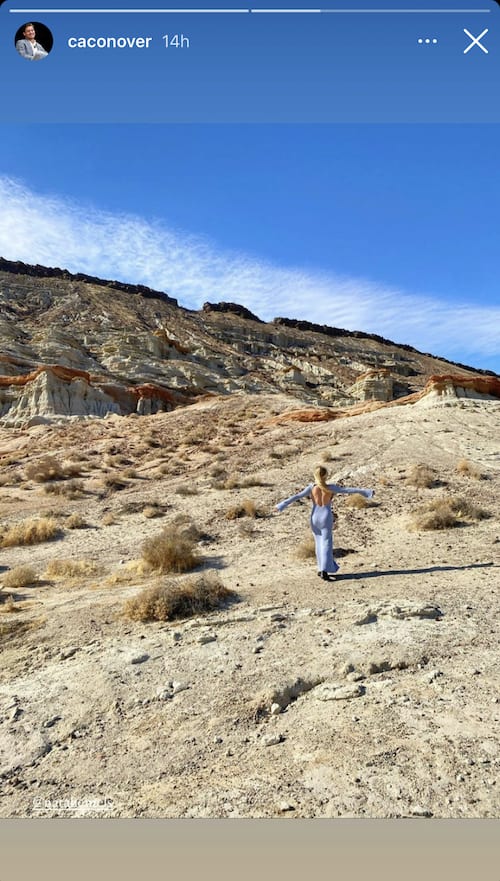