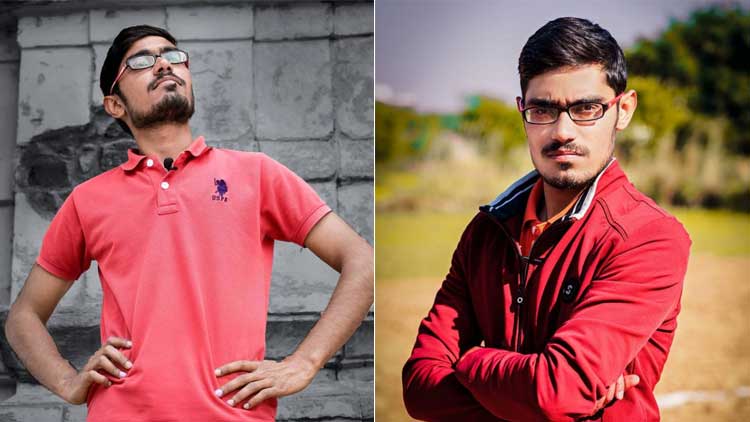 Amit Sharma is a B.tech engineer. He has been doing so many videos on his YouTube channel ‘Crazy XYZ’  that are based on science, techniques, adventure and the curiosity of human beings which we can say ‘crazy videos with a lot of fun’. We stuck to our chairs while watching his videos to know what will be going to happen next. It is human nature to have curiosity and excitement for the next. In most of his scientific videos, he seems to deliver magic at the end of the experiment but in a funny way.

Being an engineer, he knows what tricks are used in such experiments and somehow he tries to share his knowledge through each of his videos. As a YouTuber, Amit Sharma has been successful in attracting the category of people who want some fun, excitement and craziness. His YouTube channel has approx 11.3M subscribers.

Amit Sharma was born on 11 September 2000 in Bansur, Alwar, Rajasthan, India. He is from a Hindu, Brahmin family. He has completed his schooling up to 10th from Alwar, Rajasthan. He got top 1000 rank in the first attempt of the IIT-JEE exam in 2014, which is greatly appreciable and with no doubt, he has always been a brilliant student. He did Metallurgical and Materials engineering from IIT Roorkee in 2018 in Haridwar, Uttarakhand.

Amit is a socially active person. He has tremendous fan following on social media.

Amit Sharma is popularly known for his ‘Crazy XYZ’ on the YouTube channel. Besides this, He also runs two more channels, ‘The Indian Unboxer’ and ‘Amit XYZ’. Amit handles all these 3 channels with the help of his 5 friends or we can say his 5 team members, Vicky, Mohit, Rahul, Ankit and Kartar.

In 2015 when he was in his first year of Engineering, he started his YouTube journey. He created a YouTube channel, ‘Blade XYZ’. Later, he changed the name of his channel and replaced it with ‘Crazy XYZ’ as we know it.