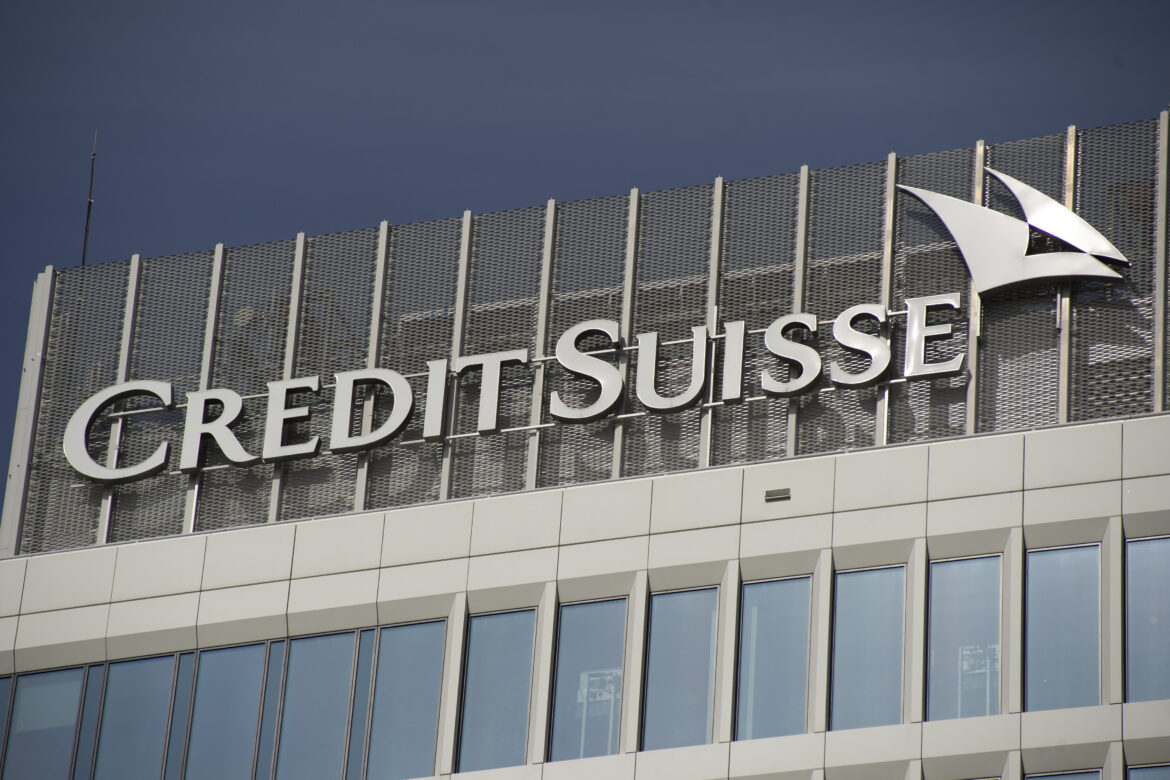 LONDON — Credit Suisse warned Monday of a “highly significant” hit to its first-quarter results, after it began exiting positions with a large U.S. hedge fund that defaulted on margin calls last week.

In a trading update before the market open, the Zurich-based lender said a number of other banks were also affected and had begun exiting their positions with the unnamed firm.

Credit Suisse shares slid 10% at the open following the announcement.

“While at this time it is premature to quantify the exact size of the loss resulting from this exit, it could be highly significant and material to our first quarter results, notwithstanding the positive trends announced in our trading statement earlier this month,” Credit Suisse said.

The bank added that it would provide a further update on the matter “in due course.”

A margin call occurs when a broker demands that an investor deposits more money into a margin account (which enables them to invest money borrowed from the broker) to bring it to a minimum required amount. The investor then has to either deposit into the account, or sell some of the assets held in it.

Nomura also issued a trading update on Monday warning of a “significant loss” at one of its U.S. subsidiaries resulting from transactions with a client stateside. Japan’s largest investment bank said it was evaluating the potential extent of the loss, estimated at $2 billion.

Its shares fell 16% on Monday.

“This estimate is subject to change depending on unwinding of the transactions and fluctuations in market prices,” the bank said.

“Nomura will continue to take the appropriate steps to address this issue and make a further disclosure once the impact of the potential loss has been determined.”

It comes as Archegos Capital Management was forced to liquidate positions at the end of last week. The moves by the multibillion dollar U.S. family office, founded by former Tiger Management equity analyst Bill Hwang, caused a wave of selling pressure on Friday, with U.S. media stocks and Chinese internet ADRs taking the brunt.

The latest developments come amid a tumultuous 18 months for Credit Suisse. Earlier this month, the bank announced a shakeup of its asset management business and a suspension of bonuses as it looked to contain the damage from the collapse of British supply chain finance firm Greensill Capital.

Credit Suisse’s asset management unit held $10 billion of the firm’s funds and noted that some investors had threatened legal action.

Meanwhile, in February 2020, former CEO Tidjane Thiam resigned following a spying scandal that engulfed the bank in 2019. Thiam maintained that he had no knowledge of the surveillance of two former colleagues, including departed wealth management boss Iqbal Khan.