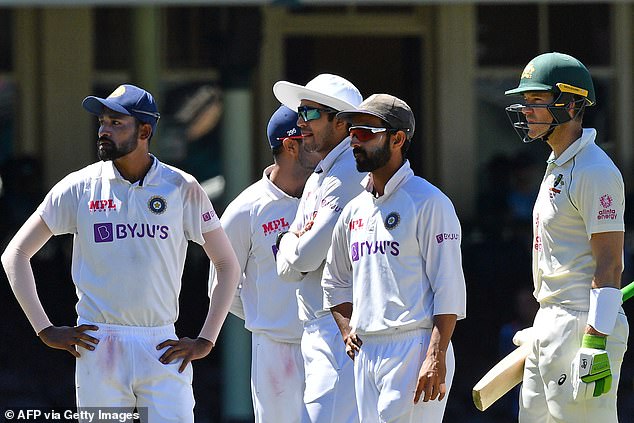 Cricket Australia has confirmed that Indian cricketers Jasprit Bumrah and Mohammed Siraj were subjected to racial abuse in the third Test match in Sydney. A day after India made an official complaint about racial abuse faced by Jasprit Bumrah and Mohammed Siraj during the SCG Test, the latter was once again at the receiving end from a section of the fans.

Meanwhile, Sean Carroll, Cricket Australia’s Head of Integrity and Security has come out with an official statement after completing thorough investigation after BCCI’s official complaint.

“CA confirms that members of the Indian cricket team were subjected to racial abuse. CA’s own investigation into the matter remains open, with CCTV footage, ticketing data and interviews with spectators still being analysed in an attempt to locate those responsible. Spectators who are found to have breached CA’s Anti-Harassment Code face lengthy bans, further sanctions and referral to NSW Police” Sean Carroll, CA’s Head of Integrity and Security, said.

Meanwhile, after Siraj’s second complaint against racial abuse, Cricket Australia took strict action and removed six suspected supporters from the stands at the SCG. Team India was even offered to walk off the ground by the onfield players but they chose to continue playing.

What’s this then? Who did that then??
They were subject to racial abuse: Investigation finding… So I think they should come out clean & book the culprits. pic.twitter.com/JIK0dQRuel

Cricket Australia has further said that those six suspects were not involved in racial abuse and that the board is awaiting a final report from New South Wales Police who conducted this investigation once it was reported by the BCCI.

“CA’s investigation concluded that the spectators filmed and/or photographed by the media in the Brewongle Stand concourse at the conclusion of the 86th over on day three of the Test did not engage in racist behaviour. CA is awaiting confirmation from NSW Police that it has completed its investigation into the matter and will not offer further comment until it is received.”

Meanwhile, amid the adverse conditions that Team India was up against, they still managed to beat Australia at The Gabba in the final Test and retain the Border-Gavaskar trophy. Australia under Tim Paine has twice in succession lost the Test series against India in their own backyard.

Despite his recent loss as captain against India, Tim Paine was retained as skipper as Australia’s squad for the Test series against South Africa was announced.

X
Australia Announce Squads For South Africa Tour; Matthew Wade Axed From Tests…CricketMatthew Wade, who opened for the first two Tests against India has been dropped from Australia’s squad for the upcoming Test series against South Afri…
close