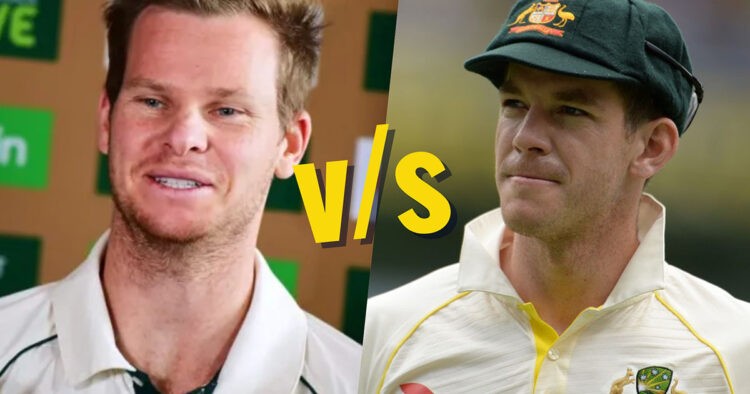 A few board members of Cricket Australia are not in favour of Steve Smith’s potential return as Australia’s Test captain as per reports in Australia Broadcasting Cooperation. The Australian media have been churning out several updates on Smith’s return to captaincy but nothing has been confirmed as yet. Smith was banned from international captaincy for two years by the ICC. The ban got over in March last year and Smith announced his return back to international cricket with flying colours. Having scored the runs with the bat and proving himself, Smith is now eyeing return to captaincy.

A report on ABC says that Smith’s future will be on the agenda as part of discussions around succession planning. Meanwhile, Smith is ready if given an option to lead Australia again. “Privately, the ABC understands some on the board have reservations,” the report states.

Earlier Australian coach Justin Langer had said that there is no need to tinker with the captains at the moment as both of them are doing a fine job.

“We have two very good captains and two important competitions coming up — an Ashes and a T20 World Cup. Our future looks good. Despite the media chatter there is no captaincy position available,” Langer told ABC.

Smith’s captaincy replacements, Tim Paine in Tests and Aaron Finch in limited-overs have won praise for lifting behavioural standards but are aged 36 and 34 respectively and nearing the end of their careers. Meanwhile, Smith is 31 and still has a lot of cricket left in him for his national side.

“If it was what Cricket Australia (CA) wanted and it was what was best for the team at the time, it’s certainly something I would be interested in now, that’s for sure,” Smith told News Corp.

He will be playing for Delhi Capitals in IPL 2021 and is in contention to lead the side after Shyeras Iyer was ruled out of the season with an injured shoulder.