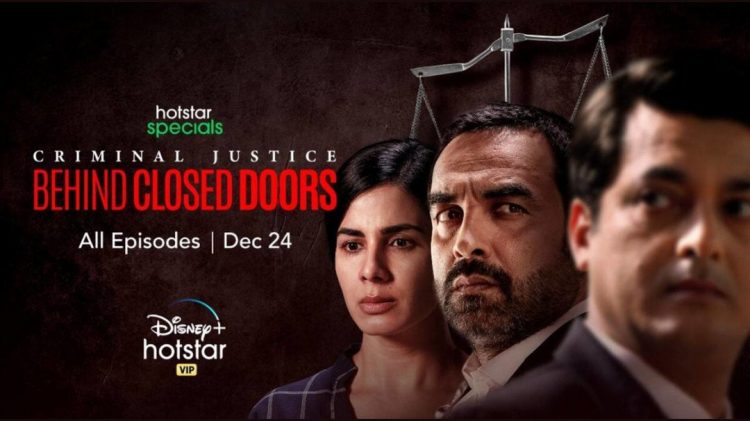 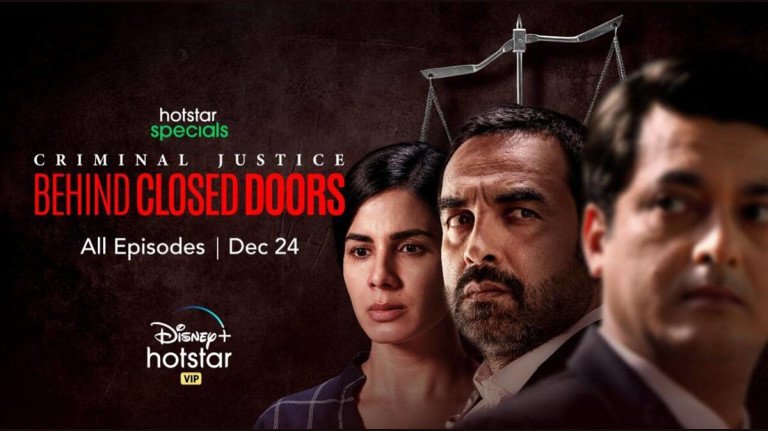 Criminal Justice: Behind Closed Doors started streaming on Disney + Hotstar on December 24. This is the second season for Criminal Justice. The first one had Vikrant Massey and Jackie Shroff in the lead along with Pankaj Tripathi, Anupriya Goenka and Mita Vashisht. In this season as well we see Pankaj Tripathi, Anupriya Goenka, Mita Vashisht reprise their roles as Madhav Mishra, Nikhat Hussain and Mandira Mathur respectively.

This season revolves around Anuradha Chandra (played by Kirti Kulhari), who has been arrested for her husband’s murder. Kriti from the outside seemed to have a perfect life. Her husband was a known lawyer. He was successful and together they had a doting daughter. However, right from the first episode, it is clear that nothing is what meets the eye with Anuradha or Anu as she is called by her husband.

Later in the same episode, Anuradha is accused of stabbing her husband and this is another “open and shut case” that lands in the lap of Madhav and Nikhat. As the story progresses one gets to know what transpired in the life of Anuradha and also the real truth of that night.

The series has about eight episodes of almost 40 minutes each. It takes a while for the writers and the director to build a premise but once established, you are invested to know what happens next. While the first season was a thriller, this one has a more emotional appeal and tugs into your heartstrings more than once.

More than the storyline and the premise, it is the performance of the actors that draw you to the show. Pankaj Tripathi yet again delivers impeccable performance and you want to see more of him. In the emotional scenes, Kriti Kulhari shines. Even Anupriya Goenka continues to where she left in the last season and leaves a mark.

Overall Criminal Justice Season 2 is a well-directed, well-written show with superb acting from the main cast.