Home Sports Cristiano Ronaldo vs Lionel Messi – Who scored the most goals this past decade?

Cristiano Ronaldo vs Lionel Messi – Who scored the most goals this past decade? 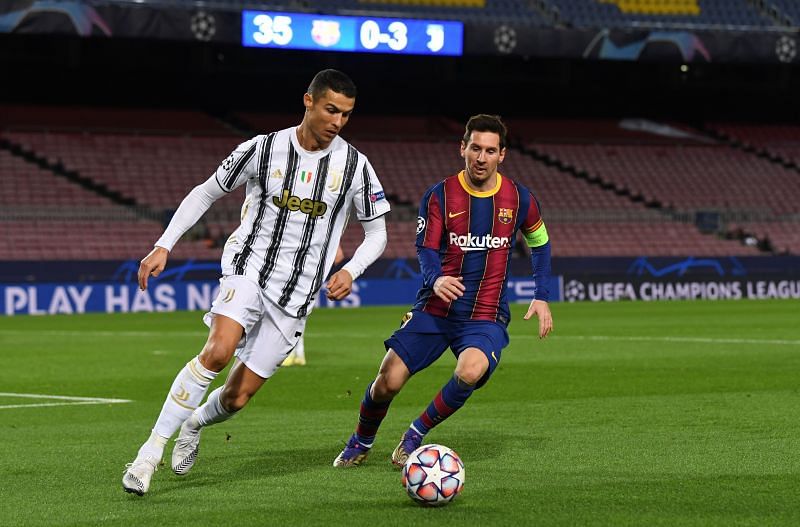 It’s 2021, but Cristiano Ronaldo vs Lionel Messi remains the most fervent rivalry in the world of football.

With 11 Ballon d’Or awards between them, there’s absolutely no doubt whatsoever that they’re two of the best players the sport has ever seen. Over the course of their respective careers, Cristiano Ronaldo and Lionel Messi have scored goals for fun, shattering many goal-scoring records.

By scoring for Juventus against Sassuolo in a Serie A game, a 35-year-old Cristiano Ronaldo became the joint-highest goal-scorer in the sport’s history after he equalled Josef Bican’s official tally of 759 career goals (for club and country).

Meanwhile, Lionel Messi (648 for Barcelona), at the age of 33, recently became the footballer to score the most goals for a single club to break Pele’s record.

Cristiano Ronaldo is currently in his 19th season as a professional footballer, while Lionel Messi is in his 17th. Clearly there’s no stopping these two supernovas regardless of their ages.

The two legends have constantly been compared throughout their illustrious careers, making it one of the biggest rivalries ever seen in the sport of football. Considering how their careers have evolved in the past decade, it is interesting to step back and see how many goals these two superstars have scored in the last ten years (2011-2020).

Notably, the 2011-12 season was an excellent one for both players, as Lionel Messi completed his most prolific season, scoring 73 goals across competitions for Barcelona.

That season, Cristiano Ronaldo had his second-best career figures with 60 goals in all competitions for Real Madrid before he tallied 61 goals for the club in 2014-15.

That said, someone on Reddit did some wonderful research and compiled a list of the twenty footballers who scored the most goals between 2011 and 2020. Well, the battle between Ronaldo and Messi is much closer than you think, with just a solitary goal separating the duo.

Who else joins Cristiano Ronaldo and Lionel Messi on the list?

The complete list of the top 20 footballers who scored the most official goals between 2011 and 2020 is as follows: