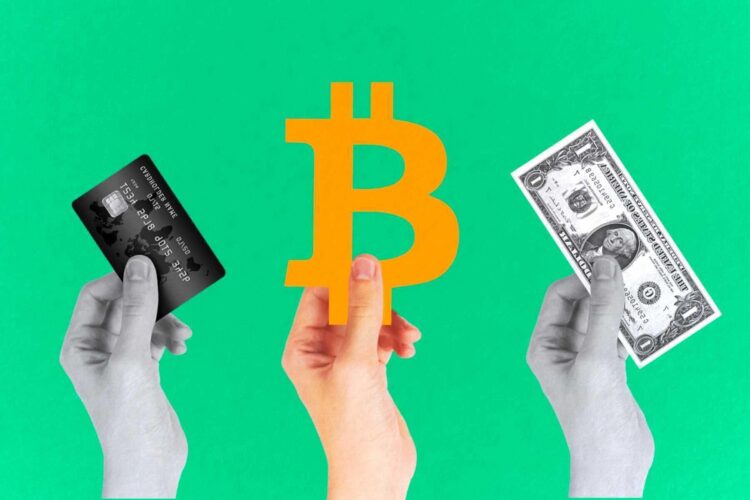 Hey, PayPal: 2013 called, it wants its narrative back.

This week, the global payments giant announced that it had begun letting users in the U.S. pay for things online with cryptocurrency. “We think it is a transitional point where cryptocurrencies move from being predominantly an asset class that you buy, hold and or sell to now becoming a legitimate funding source to make transactions in the real world at millions of merchants,” CEO Dan Schulman told Reuters.

Transitional is an apt word to describe the situation, especially for anyone using crypto with PayPal. Since last fall, the company has been allowing customers to buy or sell bitcoin, ether, and a few other coins, but not do much else with them. Not even withdraw them from the platform, or deposit crypto they already owned.

Up to this point, the service was arguably just a way to gamble on the prices of these assets. Which, to be fair, is probably the most popular use case for crypto, at least among those people privileged enough not to need it to get transactions done.

You still can’t deposit or withdraw digital assets from PayPal, which undercuts the technology’s appeal as a way to put individuals back in control of their money in a world of unchecked asset seizures and involuntary bank bail-ins. But now you can at least use the service to buy stuff.

How many users will take advantage of the new feature? Notwithstanding Crypto Twitter’s usual hyperventilating, a modicum of skepticism is warranted, given this technology’s long struggle to catch on as a payment mechanism.

And I say this having once believed (in the prehistoric days of 2013) that the payments use case would be a big part of bitcoin’s appeal.

The age of innocence

Even then, I had a tinge of doubt:

[The] 20-minute wait for Bitcoin confirmations is awkward for in-store retail purchases. Depending on the size of the purchase, a merchant who accepts Bitcoin may be taking a risk if he lets the customer walk out before the transaction is confirmed. But arguably he’s already taking that risk if he accepts credit cards, since from a merchant’s point of view the transaction isn’t really done until the funds are placed in his account — which could be two or three days later in the card world.

In other ways, Bitcoin can be a compelling alternative (or supplement) to Visa, MasterCard or PayPal for merchants. … For starters, there are no acceptance fees (Bitcoin has an optional transaction fee for senders, typically the equivalent of a few pennies, to expedite payments). And merchants who are put off by the notoriously volatile exchange rate between bitcoins on dollars don’t have to take the currency risk. They can elect to hire a processor … which will take immediate possession of the bitcoins on a merchant’s behalf and remit the equivalent in dollars or euros. The fee for this service is around 1%, which still beats 2% to 3% for credit card payments. So merchants can reap the benefit of Bitcoin without having to worry about the price of bitcoin….

Ah, to be so young again! A few years later, during the bull market of 2017, network traffic became congested, “a few pennies” became a few dollars, settlement could take hours instead of minutes, and I ate my words.

Today, it’s another bull market, average confirmation times are again spiking, and fees are in the double digits in dollar terms. This latency has already scuppered at least one would-be Tesla buyer’s bitcoin payment:

Other blockchains’ developers tout their higher throughput and lower fees, but none of them boasts Bitcoin’s level of security, network effects or name recognition. Its closest competitor, Ethereum, faces its own scaling challenges.

On top of everything else, crypto prices remain volatile, and in the U.S. the government treats digital currencies as property, meaning buying a can of dog food with dogecoin is a reportable and taxable event.

None of this augurs well for crypto’s use in everyday commerce in the near term, at least from an Average Joe’s perspective.

If you don’t know how much a currency will be worth from one minute to the next, and you might have to wait an hour and pay $20 to get the payment done, and it’s going to generate a tax liability, why on Earth would you choose this method when buying diapers for your newborn at Walmart? Just swipe that credit card and get on with your life.

Then again, I’m talking like a provincial American here. There is some evidence that crypto is starting to catch on as a means of exchange in other parts of the world where payment rails aren’t as developed.

Further, on-chain transfers aren’t the only way to move small amounts of digital money anymore; “second layer” systems like Bitcoin’s Lightning Network can do it fast and cheap like in the old days. One of the sector’s most promising entrepreneurs and the scion of a Bitcoin dynasty, Jack Mallers is working with none other than Visa and using Lightning to clear dollar transactions.

And while the stoicism of “HODLing” bitcoin for the long term is admirable, there is a case that it must succeed as “electronic cash” (its creator’s words) if it is to succeed as “digital gold” (the current value proposition), at least as much as the reverse. As CoinDesk Research Director Noelle Acheson wrote a few weeks back:

It can be argued that bitcoin’s worth as a store of value depends on its utility. The more there is residual demand for bitcoin as a payment token, regardless of its price, the more investors will believe that demand for it will rise in a sustainable way.

It can also be argued it is essential for the health of the network that bitcoin’s use as a medium of exchange be encouraged. As successive halvings reduce the block subsidy (in which miners get new bitcoin as compensation for the work expended in successfully processing blocks of transactions), miner incentives will increasingly rely on transaction fees.

PayPal, to its credit, is greasing the wheels here. It won’t charge its usual fee to sell crypto when consumers use the Checkout with Crypto feature (and you have to sell it, since PayPal isn’t asking its merchants to accept anything other than fiat). PayPal customers won’t have to worry about on-chain fees or confirmation times, either; that fussy business will be handled behind the scenes by the company and its partner Paxos. And PayPal will mitigate the tax-preparation headache for U.S. customers by providing them with a form 1099 documenting their crypto sales and reporting the transactions to the IRS.

Will that be enough for consumers to overcome the indignity of paying taxes to buy a cup of coffee, and the disincentive to spend a coin today that might be worth more tomorrow? Even with PayPal’s vast reach (29 million merchants worldwide), it’s a tall order. But I would like nothing more than to eat my words again.

Crypto as a Payment System? Here We Go Again