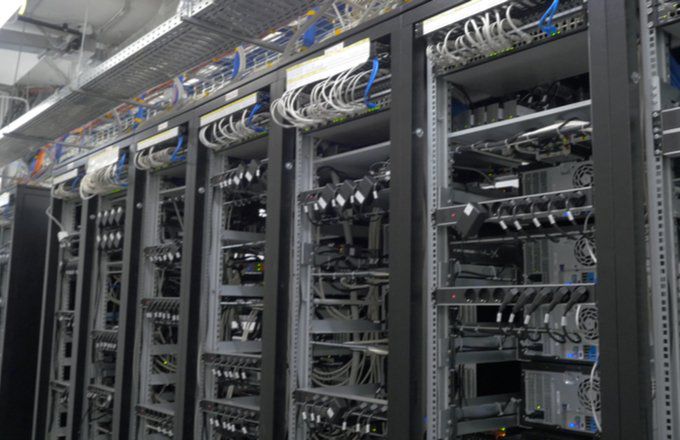 Cryptocurrency mining giant Bitmain Technologies Ltd. filed for an initial public offering (IPO) in September 2018. Although Bitmain closed its pre-IPO round with $1 billion (valuing the firm at $15 billion post-deal), the company ultimately failed in its attempt to go public on the Hong Kong Stock Exchange (HKSE). The company’s application lapsed in March 2019 and it was not re-filed.

The Beijing-based company had been valued somewhere between $40 billion and $50 billion prior to its IPO, making it potentially one of the largest public offerings ever had it been successful.﻿﻿﻿﻿﻿ The company had raised approximately $450 million from investors between 2013, when it was founded by Jihan Wu and Micree Zhan, and 2018, and it was valued at $12 billion in private markets during its funding round in June 2018.﻿﻿﻿﻿﻿ The failed offering was underwritten by China International Capital Corporation.﻿﻿﻿﻿﻿

At the end of 2019, it was reported that Bitmain confidentially filed for an initial public offering (IPO) with the U.S. Securities and Exchange Commission (SEC). However, as of January 17, 2020, Bitmain is still a private company.

In November 2019, Canaan Creative, the Chinese bitcoin-mining machine manufacturer, became the first cryptocurrency company to be listed on the Nasdaq. Canaan, a Cayman Island-registered company, is one of the largest manufacturers of the Application-Specific Integrated Circuit (ASIC) devices that are used to mine cryptocurrency. Because Canaan and Bitmain both filed for an IPO with the SEC around the same time, the successful listing of Canaan was considered a kind of “coup” by some in the cryptocurrency community.

How Does Bitmain Make Money?

Coindesk, which claimed to have seen filing documents for the IPO, stated that Bitmain had earned a total of $2.3 billion in profits across 2016, 2017, and the first quarter of 2018. Skyrocketing prices in cryptocurrency markets garnered a profit of $1.1 billion for the company in 2017.﻿﻿﻿ Industry analysts have a more optimistic take on Bitmain’s prospects. In February this year, Bernstein Research estimated that Bitmain is generating profits of as much as $3 billion per year.

Bitmain is a vertically-integrated company. It makes its own chips for mining rigs, which are sold to end customers. It also uses them in equipment for cryptocurrency mining farms.

Bitmain is a dominant player in the mining equipment business.﻿﻿﻿ It has been estimated that Bitmain controls as much as 80% of the market for bitcoin mining equipment.﻿﻿﻿ The company’s Application-ASIC chips are the industry’s favored workhorses for cryptocurrency mining.

In fact, any of Bitmain’s announcements regarding the development of ASICs for specific cryptocurrencies are generally considered indicators that the coin’s numbers in the market will multiply in the coming months.﻿﻿﻿ The company also runs two of the largest bitcoin mining pools in the world, BTC.com and Antpool. Those pools together account for somewhere between 42% and 51% of the total mining capacity for bitcoin.﻿﻿﻿

What’s In The Future For Bitmain?

Cryptocurrency markets exert a strong influence on Bitmain’s revenues. A run up in crypto prices in 2017 had a positive impact on Bitmain’s revenues. This is because it translated to an increased demand for its machines and greater profits from its mining operations. During the surge in crypto markets in 2017, Bitmain increased prices for its mining machines. Conversely, a slide in prices means less demand for Bitmain’s machines and lower profitability from its mining operations.

To that extent, Bitmain has diversified its revenue base. It announced a major foray into artificial intelligence in 2018: the Sophon BM1680, a chip that promises to speed up machine learning algorithms. In an interview with Bloomberg in May 2018, Wu said that as much as 40% of Bitmain’s revenue will come from AI chips in 5 years.﻿﻿﻿

That is not all. Researchers have predicted that ASIC chips will be the building blocks for ASIC clouds that can “provide a glimpse into planet-scale computing’s future.” According to Michael Bedford Taylor at the University of Washington in Seattle, ASIC chips herald the next wave of distributed computing. In a paper, he outlined the concept of bespoke silicon, a customized form of silicon that leverages specialization to outperform high-volume general-purpose System on Chips (SoCs) by industry giants. As a major industry player in ASIC chips, Bitmain is well-positioned to benefit from these predictions.﻿﻿﻿

According to Coindesk, Bitmain outlined its plans to go “head-to-head” with the U.S. and Chinese semiconductor giants in its investor prospectus. “In half a decade, Bitmain has captured 8% of the domestic chip design market where Huawei HiSilicon has taken 14 years to achieve 17%. At this rate, Bitmain could near or overcome Huawei HiSilicon’s local stronghold very soon.” ﻿﻿﻿

In 2020, Coindesk included Bitmain in its list of the Coindesk 50, an annual selection of the most innovative and consequential projects in the blockchain industry. Coindesk referred to Bitmain as the “Behemoth of Bitcoin Mining” and claimed that Bitmain remains at the center of the crypto economy.

[Correction: This article, written in 2018, originally stated that the Bitmain IPO would be underwritten by ABC Capital Management, which was incorrect. China International Capital Corporation is the underwriter.]

Investing in cryptocurrencies and other Initial Coin Offerings (“ICOs”) is highly risky and speculative, and this article is not a recommendation by Investopedia or the writer to invest in cryptocurrencies or other ICOs. Since each individual’s situation is unique, a qualified professional should always be consulted before making any financial decisions. Investopedia makes no representations or warranties as to the accuracy or timeliness of the information contained herein.

This article is auto-generated by Algorithm Source: www.investopedia.com