Cryptocurrency Bitcoin breaks above $20,000 barrier for the first time ever while ethereum and XRP also gain – World News , Firstpost 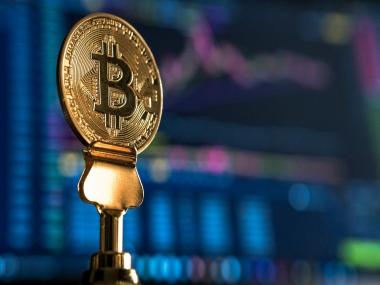 It has gained more than 170 percent this year, buoyed by demand from larger investors attracted to its potential for quick gains, purported resistance to inflation and expectations it will become a mainstream payment method.

Bitcoin smashed through $20,000 for the first time on Wednesday (16 December), its highest ever. The unit, which was around $5,000 in March, has climbed higher since online payments giant PayPal said it would enable account-holders to use cryptocurrency. The cryptocurrency jumped 4.5 percent to move as high as $20,440. It has gained more than 170 percent this year, buoyed by demand from larger investors attracted to its potential for quick gains, purported resistance to inflation and expectations it will become a mainstream payment method.

Bitcoin’s blistering rally has seen a massive flow of coin to North America from East Asia, fuelled by a hunger for bitcoin among bigger and compliance-wary US investors.

The rally in bitcoin, which some investors have seen as a potential safe-haven, has coincided with spot gold’s drop in recent months.

Some investors such as hedge funds and family offices have in the past been deterred by the opaque nature of the crypto market. Tightening oversight of the American crypto industry has helped soothe some of those concerns.

Bitcoin is a cryptocurrency invented in 2008 by an unknown person or group of people using the name Satoshi Nakamoto and started in 2009 when its implementation was released as open-source software.