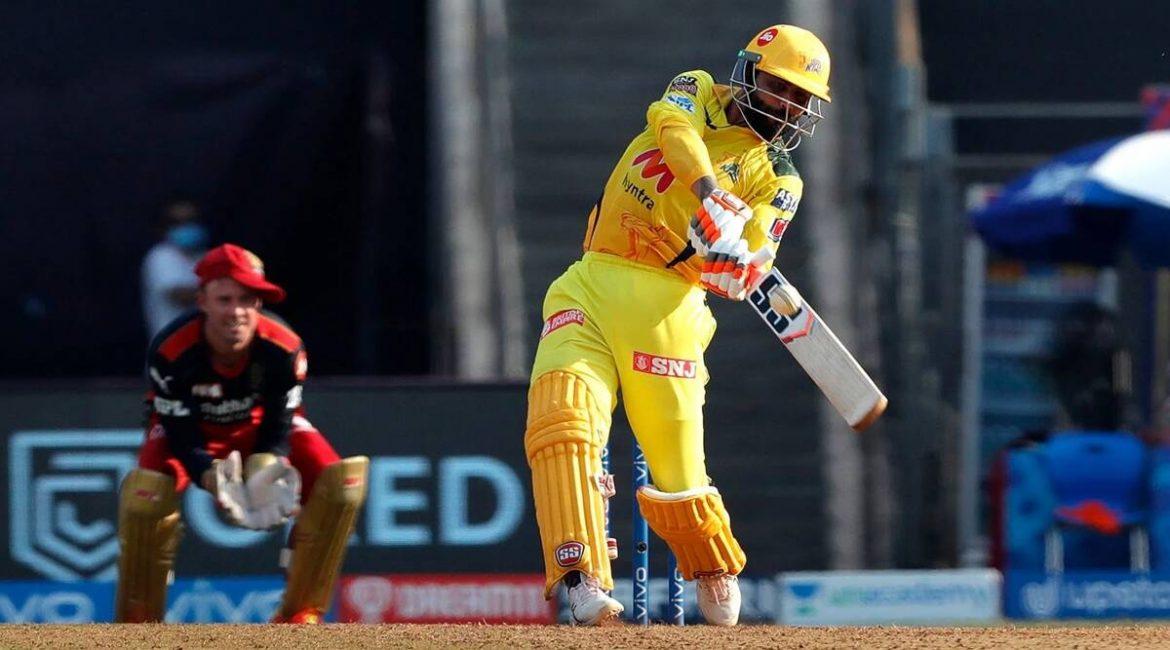 Chennai Super Kings all-rounder Ravindra Jadeja was on a roll against Royal Challengers Bangalore in the 19th match of the Indian Premier League 2021 on Sunday. Jadeja smashed 36 runs off the final over, which was bowled by RCB’s death over specialist Harshal Patel. Despite conceding a lot of runs in the 20th over, Harshal Patel took three wickets for RCB.

Jadeja scored five sixes and one four in Patel’s last over as he took the medium pacer to the cleaners. The left-handed batsman also ran a double whereas one run came off a no-ball. Thus, CSK added a total of 37 runs in the final over, which has turned the match on its head.

The record for the most runs scored in an over in the IPL is now jointly held by Jadeja and Chris Gayle, who had also smashed 37 runs in an over in IPL 2011. Gayle, then playing for RCB, had sent Kochi Tuskers Kerala’s Prasanth Parameshwaran to the cleaners on that occasion.