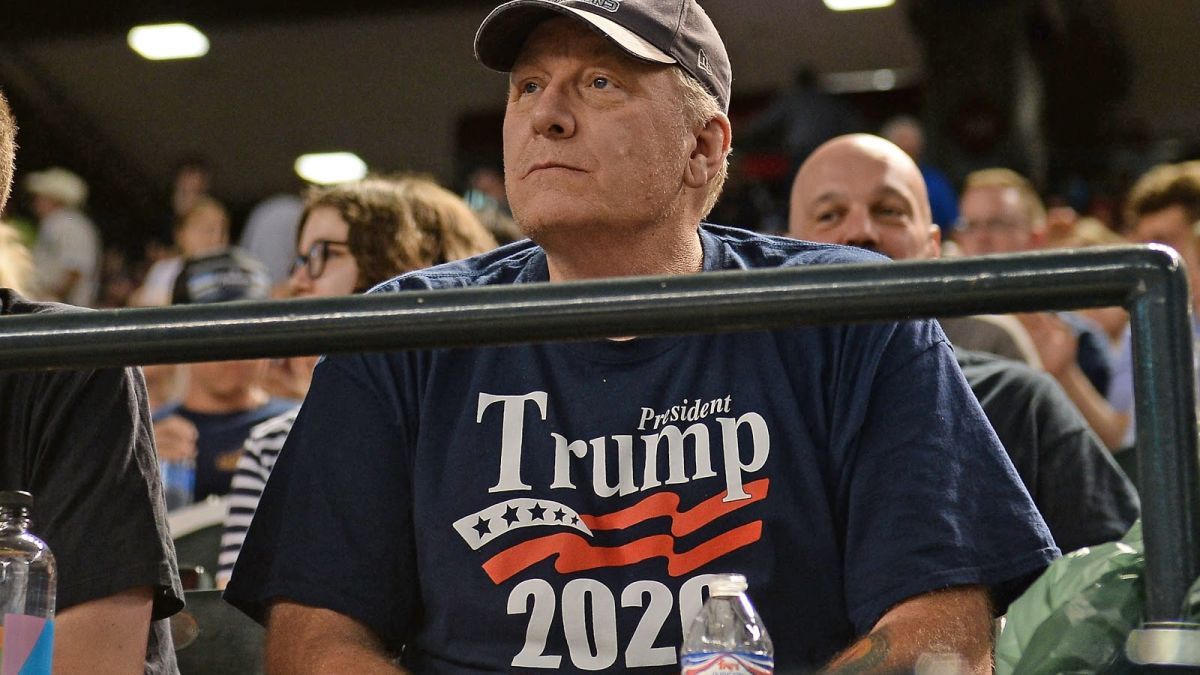 The good news is that Curt Schilling isn’t going into the Hall of Fame this summer. In fact, no new players will be joining last year’s class of inductees this summer in Cooperstown after the results of the Baseball Writers Association of America’s balloting were announced Monday evening.

Schilling, the pitcher who dominated with the Phillies early in his career, faded in the middle, then became one of the top pitchers in the game in his late 30s with the Diamondbacks and Red Sox in the middle of the steroid era, before becoming a social pariah with his open sexism, racism, and sedition, fell a mere 16 votes short of going onto the stage with Derek Jeter this summer (the class of 2020’s induction ceremony was postponed a year due to COVID).

The bad news is that it’s embarrassing Schilling came so close, and disturbing to think that with a typical final-year-on-the-ballot bump and no more President Trump, he’s got a good shot at making it next time around.

Though he apparently wants to be taken off the ballot next year. And even in his rambling crybaby Facebook post about wanting to be removed from consideration by the BBWAA, Schilling struck a misogynistic tone, writing, “I’ll defer to the veterans committee and men whose opinions actually matter and who are in a position to actually judge a player.” Is he going to give back the writer-voted Cy Young Awards that he won before revealing himself to the world to be trash? Oh, right, he never won one, because even during his prime, writers could see that Schilling wasn’t the best of the best, even once.

Schilling is a stain on humanity whose Hall of Fame case was always debatable, and who deserves no honors so long as he walks the Earth, a human being so detestable, he makes Trevor Bauer look good by comparison.

Everything that can be said about Schilling already has been said, and we’ve known full well who he was since he posted “So much awesome” about a shirt that called for the lynching of journalists. While the Hall of Fame’s notorious character clause is invoked in regards to Gary Sheffield (40.6 percent of ballots) and Sammy Sosa (17 percent) well short of the 75 percent threshold required for election, Schilling’s vote totals continue to rise, even as his actions continue to be far worse than those using performance-enhancing drugs in an era when there was no testing for performance-enhancing drugs.

That’s not to mention Barry Bonds (61.8 percent) and Roger Clemens (61.6 percent), who also will be on the ballot for the final time next year, unsanctioned PED users who also have other issues with the character clause — Bonds with domestic violence, Clemens with statutory rape — although with Schilling’s vote total being what it is, we know that it’s the PEDs and not anything to do with abusing women that is keeping the greatest home run hitter in history and one of the top five pitchers of all time from gaining induction.

The Hall’s lack of guidance on the era all along has been stultifying on the process, resulting in the most recent era of the game being represented so poorly in the Plaque Gallery that it will eventually take a historical committee to sort it out. In a way, that’s fine. Once someone goes into the Hall of Fame, they’re not coming out — just ask the ghost of Cap Anson and Kenesaw Mountain Landis. It’s up to the voters next year, one more time, if he stays on the ballot, to say no to Schilling, just as they’ve said no to so many of his contemporaries, so many of whom are more deserving than he is.

Back to Top
Close Add post
X
Backstage details on why Vader never won the WWE Championship (Exclusive)…SportsFormer WWE writer Vince Russo has revealed that WWE’s higher-ups felt Vader was past his best when he challenged for the WWE Championship.In 1996, Vad…

Curt Schilling’s putrid mouth continues to keep him out of Cooperstown…. good