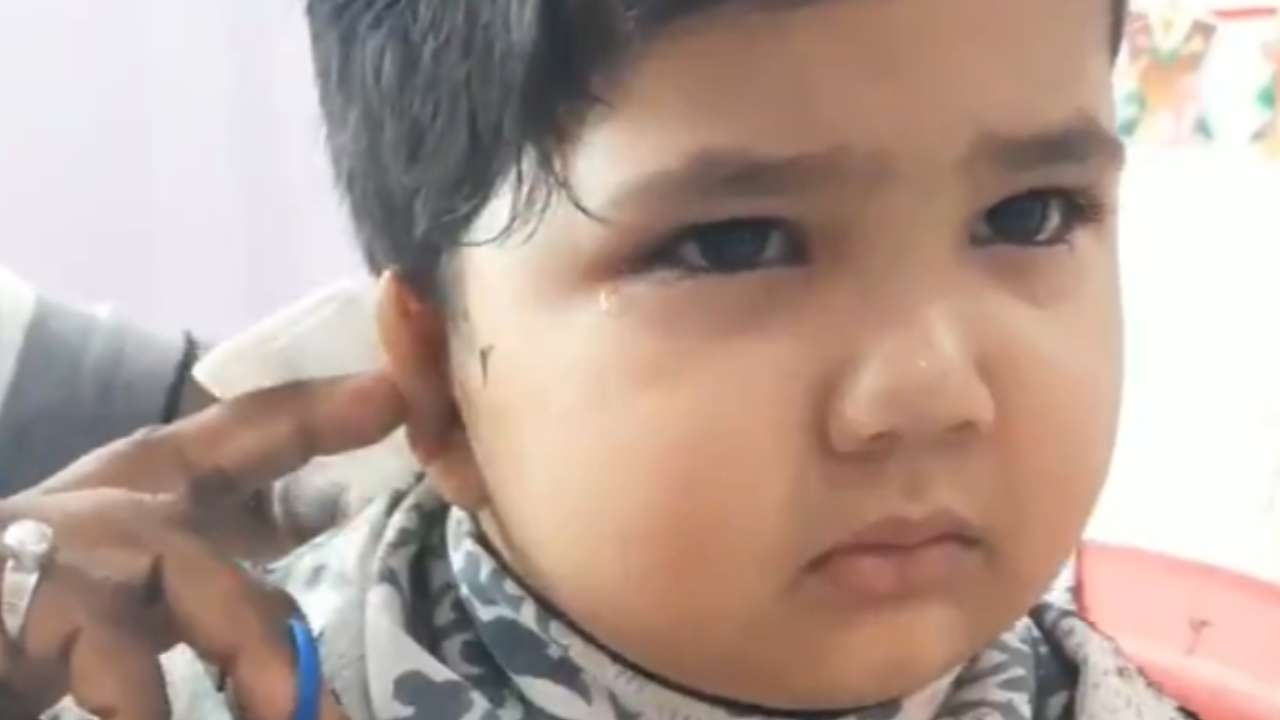 Remember the boy who became a viral sensation after his video of becoming upset about getting a haircut garnered a lot of attention on Twitter. Well, he is back again, and this time he is getting a haircut again.

Anup Petkar, a resident of Nagpur, has yet again shared a video of his boy  Anushrut getting a haircut.

This time too the boy’s response to the barber will leave you in splits.

The boy again seems visibly upset, and angry at the barber for cutting his hair.

“Accha nahi lag raha(I am not feeling fine),” he says to the barber after he asks how he feels about his hair being cut.

He also does a cute impression of a tiger’s roar in the video. In another hilarious bit in the video, Anup asks the barber, “Nagpur mei kyu aaye ho tum.”

Of course, his impatience and annoyance at the barber for taking a ‘long’ time to cut his hair is quite evident. Without further interruption, here is the video:

Here is how Twitter reacted to the second haircut video of the cute boy:

Love the little fella . We wish you all the very best!