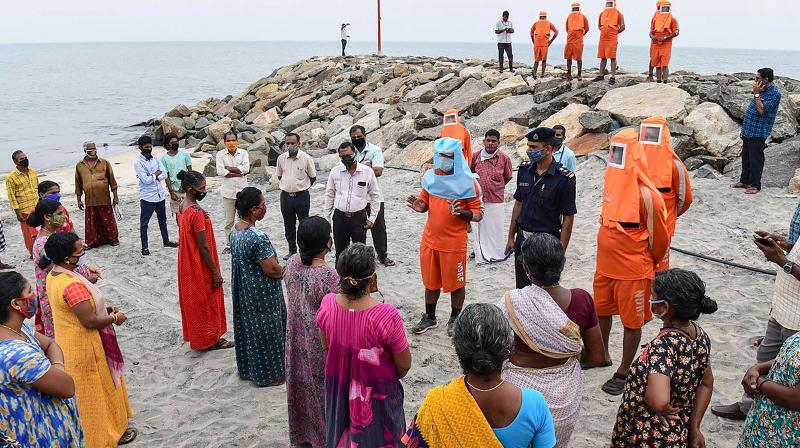 Thiruvananthapuram: The Kerala government has declared a holiday in five districts for Friday as the state remains on high alert with heavy rains expected when cyclone Burevi makes landfall.

The India Meteorological Department (IMD), in its latest bulletin, has said Burevi may make landfall in Kerala on December 4 and has issued red alert and cyclone warning for south Tamil Nadu and south Kerala coasts.

A statement issued by the state government said a public holiday has been declared for the districts of Thiruvananthapuram, Kollam, Pathanamthitta, Alappuzha and Idukki in the state.

Over 2,000 relief camps have been opened in Kerala, it said.

“A public holiday for all government offices including public sector undertakings has been declared for the five districts in the state,” the statement said.

It, however, said the disaster management authority and concerned services, emergency services and election-related services will function normally.

The international airport here will remain shut from 10 AM to 6 PM on December 4.

The IMD has predicted that the course of the storm will be through the border areas of Thiruvananthapuram and Kollam districts and the government, along with various departments and the Army, were ready to face the contingencies, the statement said.