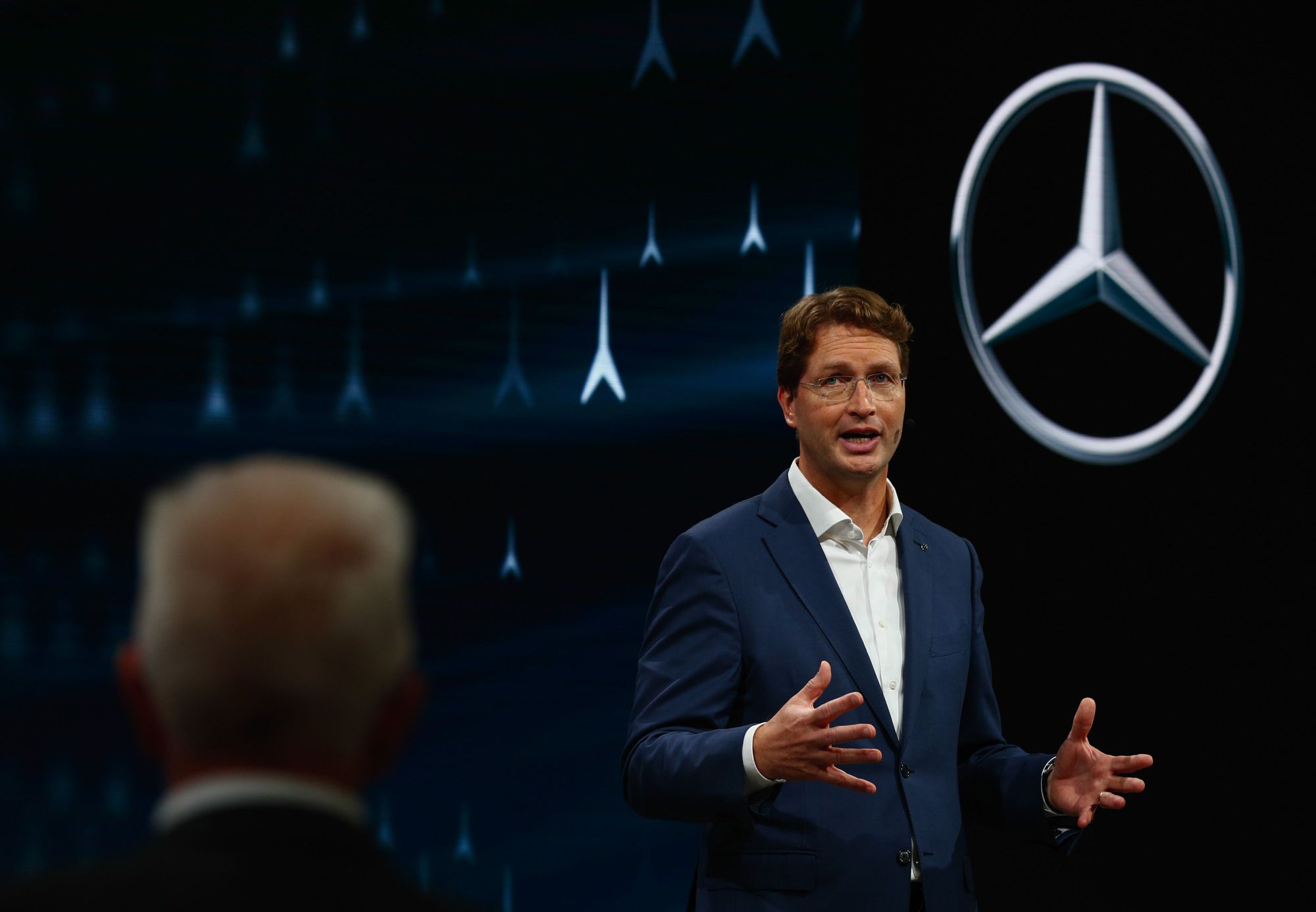 (Bloomberg) — Daimler AG’s Ola Kallenius is making a dramatic move to win over investors who have knocked the manufacturer for keeping its luxury-car and commercial-vehicle operations under one roof.

The Mercedes-Benz maker plans to distribute a majority of its Daimler Truck unit to shareholders by year-end, expecting it will quickly qualify for Germany’s benchmark stock index. Its most iconic brand also will become the name of the auto company, a move that underscores the chief executive officer’s desire for a clear separation of the two businesses.

For Kallenius, it’s a split in more ways than one. The decision to fundamentally change the company’s structure marks a major break from his predecessor, Dieter Zetsche, who was pressured in the wake of Daimler’s divorce from Chrysler to make deeper changes. Zetsche rejected the car-truck separation idea, arguing that a broader industrial presence would offer more protection against swings in individual market segments.

Daimler made the case Wednesday that cars and trucks will go through diverging technological trends in the coming years. Whereas passenger cars are quickly shifting toward battery-electric power, hydrogen is likely to play a bigger role in the future of commercial vehicles. Kallenius told reporters both units remain open for cooperation projects in selected areas.

Investors applauded the plan by sending Daimler shares up almost 9% to their highest close in almost three years. The stock extended gains Thursday, rising 2% to value the manufacturer at 69.8 billion euros ($83.7 billion).

“This is a watershed moment for Daimler,” Tom Narayan, an RBC Capital Markets analyst with the equivalent of a buy rating on the stock, said in a note. “This is key in getting a proper valuation.”

Daimler’s earnings and stock price started to languish late in Zetsche’s 13-year run atop the company, and Kallenius had to issue several profit warnings after becoming CEO in May 2019. The 51-year-old Swede has started to make his mark, laying out plans to revive returns by focusing more on bigger cars, such as the flagship S-Class sedan, and push down notoriously high costs.

Kallenius also has forged a deeper partnership with Aston Martin Lagonda Global Holdings Plc and teamed up with technology firms like Nvidia Corp. to boost software operations. By the end of the decade, Mercedes aims for more than half of the vehicles it sells globally to be electrified.

The Mercedes cars and Daimler truck divisions “are different businesses with specific customer groups, technology paths and capital needs,” Kallenius said. “They will be able to operate most effectively as independent entities, equipped with strong net liquidity and free from the constraints of a conglomerate structure.”

Daimler’s truck unit could be worth about 29 billion euros if valued at multiples similar to Volvo AB, although it would need to substantially improve returns to justify that valuation, Deutsche Bank analysts said last month. Sanford C. Bernstein’s estimate is even higher, at 35 billion euros.

Chief Financial Officer Harald Wilhelm told reporters he sees “significant potential for a re-rating” of the manufacturer in the new structure.

Mercedes Offers a First-Class Drive in a Pandemic: Chris Bryant

The terms of the truck deal are better than hoped for, Philippe Houchois, a Jefferies analyst who rates Daimler a buy, said in a note. A spinoff is more attractive than an initial public offering, as shareholders won’t be asked to purchase stock in a business they already own.

The move also looks fortuitously timed because of a strong truck market. Volvo issued a bullish outlook on Wednesday as it reported better-than-expected quarterly earnings, saying transport and construction activity had fully recovered in most markets and improved customer confidence. It raised its forecast for heavy-duty vehicle sales in Europe and North America this year by a combined 90,000 units.

“Daimler’s decision to spin off its Truck division is a welcome focus on shareholder value — unusual for a German automaker — and could improve sentiment toward the stock,” Bloomberg Intelligence analyst Michael Dean said. While the transition to electric vehicles remains a concern for margins, the strategic shift “makes the underlying fundamental dynamics less pertinent for the time being.”