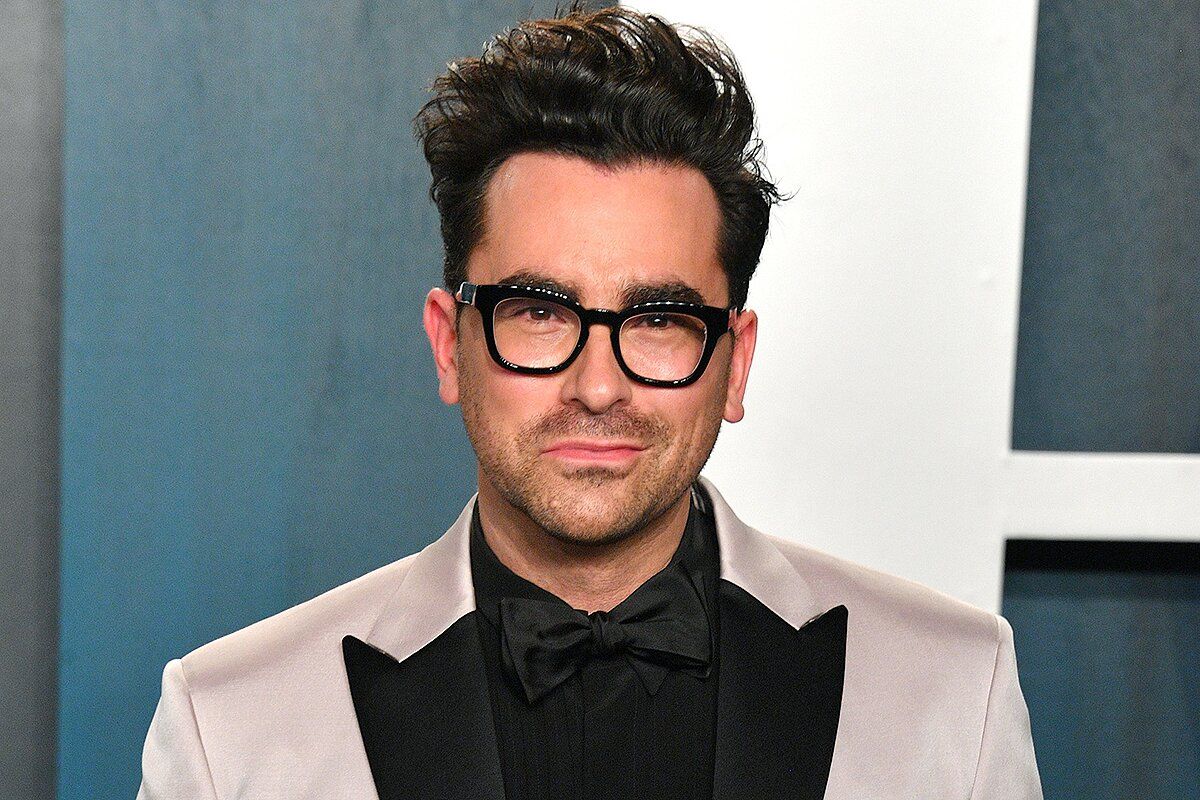 Super Bowl weekend will be full of big firsts for Dan Levy.

On Feb. 6, the night before the big game, the star will make his debut as host of Saturday Night Live. Then on Sunday, Feb. 7, Levy will appear in his first Super Bowl commercial for M&M’s candy.

“It is a one-two punch of things that I never dreamed of for myself,” Levy, 37, tells PEOPLE exclusively. “It’s a strange time to have lovely things happen. At the same time, I think it’s so important to really sit and acknowledge the good things that happen, considering how strange these times are. So my plan is to really soak in all of it and have as much fun as I possibly can.”

Levy, whose hit comedy Schitt’s Creek came to an end after six seasons in April and swept the Emmy Awards in September, says it was “a very easy decision” to be a part of the candy company’s Super Bowl campaign.

“I’ve always really admired the M&M’s commercials. They’ve always been self-aware and funny and bright,” says Levy. “I was walked through what this spot would be and I was in, I was hooked. It’s a very rare opportunity that you read something and you’re like, ‘I have no hesitation, reservation—thank you very much, the answer is yes.'”

While Levy can’t spill the beans yet about the plot of the ad—although the teaser hints at a gender reveal gathering gone wrong—he says he’s proud of how “well- intentioned and fun” the final commercial turned out to be.

“The goal of the spot is just about connecting people and finding ways to bring people together, especially coming out of a pretty strange and tumultuous year,” says the Happiest Season actor. “I think it’s such a hopeful little spot. It is funny and sweet, and I can’t wait for everyone to see it.”

M&M’s will release the full 30-second commercial during a virtual premiere on Wednesday, Feb. 3 at 9 a.m. EST. The event will be hosted by its “spokescandy” Yellow and will include surprise guests, according to the brand. Fans who are interested in attending the Zoom event can visit MMS.com/Superbowl to register.

While Levy says will certainly be watching Super Bowl 55 from home, he admits that the matchup between the defending Super Bowl champion Kansas City Chiefs and the Tampa Bay Buccaneers is not as interesting to him as the other aspects of game day.

“I usually watch the halftime show and I watch the ads, and I will try my best to get through the whole game this year,” he says. “But I can’t say that I understand football—so that’s on me.”

“I was once recruited for my high school football team, and that’s the closest that I have come to the sport outside of just being a very annoying person at a Super Bowl party—not that we’re having them any time soon,” says the star, who made his debut in PEOPLE’s Sexiest Man Alive issue in November. “But previously and historically, I was always the person saying, ‘Why do they have to start that whole thing again? Why does he keep running outside the lines? Okay, I don’t understand this.’ And people eventually being, like, ‘Okay, can you go into another room or just be quiet?'”

RELATED: How the 2021 Super Bowl Will Be Different Because of the COVID-19 Pandemic

As for the other big event of the weekend, Levy says that hosting on SNL for the first time will be “a highlight of my life.”

“SNL is something that I have honestly dreamed about since I was a very precocious elementary school student. It is a dream come true,” says the first-time host, who will be joined by musical guest Phoebe Bridgers. “And then to follow it on a Sunday with a Super Bowl spot that I’m just so proud of, it’s going to be a weekend to remember for sure.”

Back to Top
Close Add post
X
Amanda Seyfried says she still has ‘nightmares’ about filming ‘Les Misérables’…EntertainmentAmanda Seyfried is recalling some of her memorable movie moments. The 'Mean Girls' actress joined 'Pieces of a Woman' star, Vanessa Kirby, in Variety’…

Dan Levy Stars in M&M's New Super Bowl Ad: 'It Is Funny and Sweet, and I Can't Wait for Everyone to See It'

X
Grammy-Nominated Producer SOPHIE Dies at 34 Following ‘Terrible Accident’…EntertainmentSOPHIE, an avant-garde pop producer and musician, has died at age 34."Tragically our beautiful Sophie passed away this morning after a terrible accide…
close