Home EntertainmentTV Dance Deewane 3: Waheeda Rehman reveals her dance guru initially refused to take her as his student as she was Muslim | Bollywood Life

Dance Deewane 3: Waheeda Rehman reveals her dance guru initially refused to take her as his student as she was Muslim | Bollywood Life 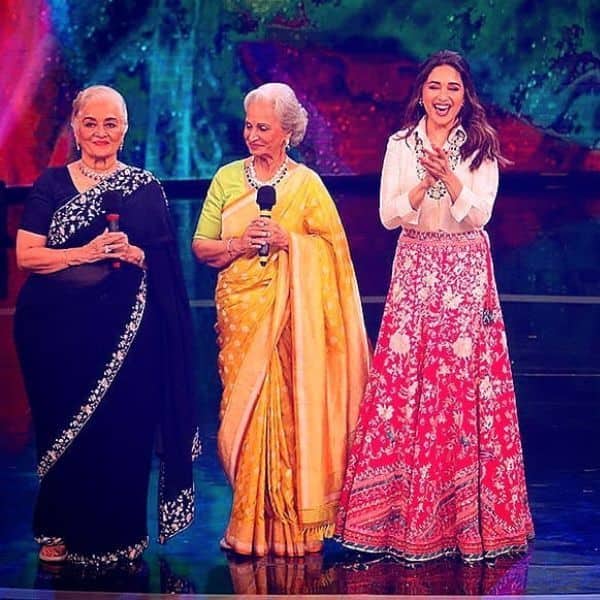 Dance Deewane 3 saw the presence of three Bollywood divas, Waheeda Rehman, Helen and Asha Parekh. The three ladies were a riot on the show. We also had some glorious moments as Madhuri Dixit began fangirling on the three. On the show, Waheeda Rehman made a confession. She said that her dance guru did not wish to teach her Bharat Natyam first. The lady who learnt Bharat Natyam in Chennai managed to enter her teacher’s class only after he saw her Kundli. It seems her dance guru did not wish to teach her as she was a Muslim. In the 1940s, people were quite particular about these things. Also Read – Dance Deewane 3: Madhuri Dixit’s inner fan girl takes over as she matches expressions with Waheeda Rehman on Paan Khaye Saiyan Hamaro — watch video

The guru told her to get a Kundli made. As we know, the concept of making Kundlis does not exist in Muslims. After repeated requests, the dance guru decided to make a Kundli of Waheeda Rehman. The kundli was apparently an eyeopener for the guru. The man came to know that she had a brilliant future ahead, and would be his most famous student. Along with her four sisters, Waheeda Rehman learnt Bharat Natyam. She began giving dance performances in front of prominent people in pre-Independence era. Also Read – Sagar Sarhadi, writer of Amitabh Bachchan’s Silsila and Kabhi Kabhie, passes away at 88

Later, she was spotted by a Telugu filmmaker who gave her work in the movies. The actress caught the eye of Guru Dutt and the rest is history. On the show, she also spoke of a Turkey trip where Asha Parekh, Helen and she were shopping in a mall. Helen went missing and they were damn stressed. Her girl gang is inspiration for all of us. Also Read – Irrfan Khan’s last movie, The Song of Scorpions, to release in 2021 — watch teaser