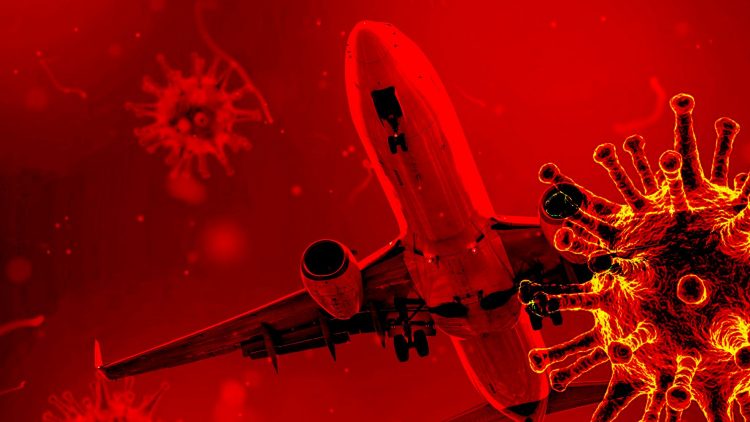 A frightening new coronavirus variant that started in the U.K. has now been detected in several European nations and in Japan, Lebanon, Australia and Canada, health officials reported.

France, Italy, Germany, Spain, the Netherlands, Sweden and Denmark were among the nations reporting cases.

Several countries enacted U.K. travel bans Sunday after British Prime Minister Boris Johnson warned of the strain that scientists have determined is approximately 56% more transmissible than other strains. (Johnson initially said it was as much as 70% more transmissible.)

The Centers for Disease Control and Prevention on Thursday announced that travelers from the U.K. would need a negative COVID-19 test within three days of boarding a plane to the U.S. The requirement goes into effect Monday, eight days after Cuomo’s frantic call for action.

The number of variant cases detected so far are small in the other countries: seven in Japan and four in Spain (another three are suspicious), The New York Times reported. But officials fear travelers may have carried the variant for weeks, and many more cases may yet to be discovered.

Authorities determined that most cases are linked to the U.K. A single case reported in Sweden on Saturday was a traveler from the U.K. who visited for the holidays, Reuters reported.

But a stricken couple in Canada had not traveled and likely caught COVID-19 from travelers, suggesting a second stage of local community spread of the new variant.

The new variant has yet to surface in the U.S., according to the CDC. But the U.S. conducts little genetic sequencing to trace strains of the coronavirus, so the “variant could already be in the United States without having been detected,” the agency said.

The variant was first detected in the U.K. in September, but health officials only recently figured out how much more easily it spreads. It doesn’t appear to be deadlier per case, but a greater numbers of cases could translate to a higher death toll.

Current COVID-19 vaccines are expected to be effective against the variant. But because the variant could suddenly trigger an alarming increase in cases, it “may be necessary to greatly accelerate vaccine rollout,” researchers warned in a study that has not yet been peer reviewed.

“The preliminary findings are pretty convincing that more rapid vaccination is going to be a really important thing for any country that has to deal with this or similar variants,” said lead researcher Nicholas Davies, an epidemiologist at the London School of Hygiene and Tropical Medicine, according to the Times.

Without a more aggressive vaccine rollout, the 2021 case and death count could exceed the 2020 toll, the study warned.

As for Trump, he slammed Democrats in a tweet Saturday for enacting restrictions recommended by health experts to stem the spread of the coronavirus.

The lockdowns in Democrat run states are absolutely ruining the lives of so many people – Far more than the damage that would be caused by the China Virus. Cases in California have risen despite the lockdown, yet Florida & others are open & doing well. Common sense please!