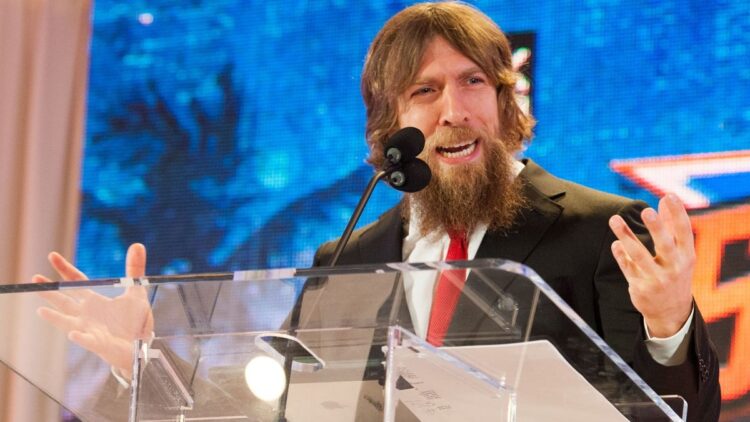 If you’re a wrestling fan, it may feel like 2014 again. Generally, rerunning something from recent history shows a lack of creativity and ambition, and both of those things have afflicted WWE something fierce for a while now. But when it comes to Daniel Bryan, there isn’t anything he can’t turn to gold, no matter how rote.

Bryan wedged his way into the main event of Wrestlemania, forcing a triple-threat match between himself, Edge, and Roman Reigns on Night 2 of the biggest event in the industry. Just like he did seven years ago, when Bryan’s momentum with the fans vaulted him into the main event at Wrestlemania 30. No matter what WWE’s plans were, Bryan kept churning out brilliant match after brilliant match, and suddenly New York had created a phenomenon they could no longer control. This is just his way.

There weren’t even fans around this time to fuel Bryan’s charge to the top of the business, at least not beyond digital projections in the “Thunderdome” and on websites and social media. And yet Bryan couldn’t be stopped, even if everyone could see the path this time. It was so enjoyable the first time, no one could be blamed for asking for seconds.

Just like it did then, it started with Bryan not winning the Royal Rumble. And once again the Rumble that Bryan didn’t win was taken by a returning star, this time Edge instead of Batista. The similarities between Edge and Batista end there, as Edge had his original return interrupted by the pandemic and an injury. This was something of a reboot. Still, he was WWE’s chosen attraction for the biggest match on the biggest show, and he was a name to try and attract lapsed fans with memories of the 2000s.

But these days, it doesn’t take much for Bryan to reignite the fires that make him one of the biggest stars in wrestling. Bryan starred in the Elimination Chamber and then at the main event of Fastlane with Reigns, saving an otherwise garbage PPV, and suddenly was indispensable. Which landed him in the biggest spot there is.

Those aren’t even the only times Bryan has shaped the most important point on WWE’s calendar. Just two years ago, Bryan helped orchestrate Kofi Kingston’s run to Mania and the top title, which was perhaps the most feel-good moment of the whole event if not the past few years.

And that seemingly was going to be Bryan’s role as he wound down his career. He would be the starmaker, as he was with Kingston, or Sami Zayn for last year’s Mania, or Bray Wyat, or Drew Gulak, or Cesaro. This list could go on. Bryan was seemingly just having matches with whomever he wanted to work with and thought wasn’t getting enough rub from the company.

Which gives this run somewhat of a sharper edge. Bryan has made no secret of the fact that his contract runs out in the coming months, and this will be his last Mania as a full-time performer. He has repeatedly said he wants to severely lighten his schedule to be with his family and raise his two kids, even perhaps giving up wrestling all together. That seems unlikely, though, as WWE will always want him around for a handful of PPVs per year and would probably pay him exorbitantly to work a very light schedule.

All of it is just a microcosm of Bryan’s entire career. Bryan couldn’t have been further from the ideal image of a WWE superstar under Vince McMahon. He was small, he was hairy, and at first he wasn’t even that good of a promo, and his appeal sprang from his rep on the indie circuit, something McMahon has always been dismissive if even aware of. But Bryan’s work in the ring was so far beyond most everyone else, and his stature gave him an everyman quality that fans couldn’t help but connect with. There isn’t any wrestler that Bryan can’t conjure a great match with thanks to his storytelling skills and range of abilities, and the stories he tells rarely fall short of epic.

The insertion of Bryan into the match with Edge and Reigns gives WWE a bevy of options. It allows them to take the title off Reigns without weakening him. Or it can set up future matches between Edge and Reigns. Or it sends Reigns into a blind rage from which the company could spin months of storylines.

But most of all, it feels like this will act as the swan song to one of the most remarkable careers in WWE history. This is Bryan’s last big moment, likely. And he was never supposed to be there. He was never supposed to be in any of them. Even his introduction to the company was about how he couldn’t measure up, appearing in the contest-version of NXT where all he did was lose. Yet here he is again, wedged between the company’s biggest star (Reigns) that they’ve been throwing their weight behind for years, just like Randy Orton in 2014, and Edge, the returning superstar meant to link eras for the Mania main event. Nothing could keep Bryan down, even when the people he worked for wanted him to be down. He simply was too good to keep out of the spotlight. And once again, he’s forced himself into the biggest spot of all. And it’s where he belongs.