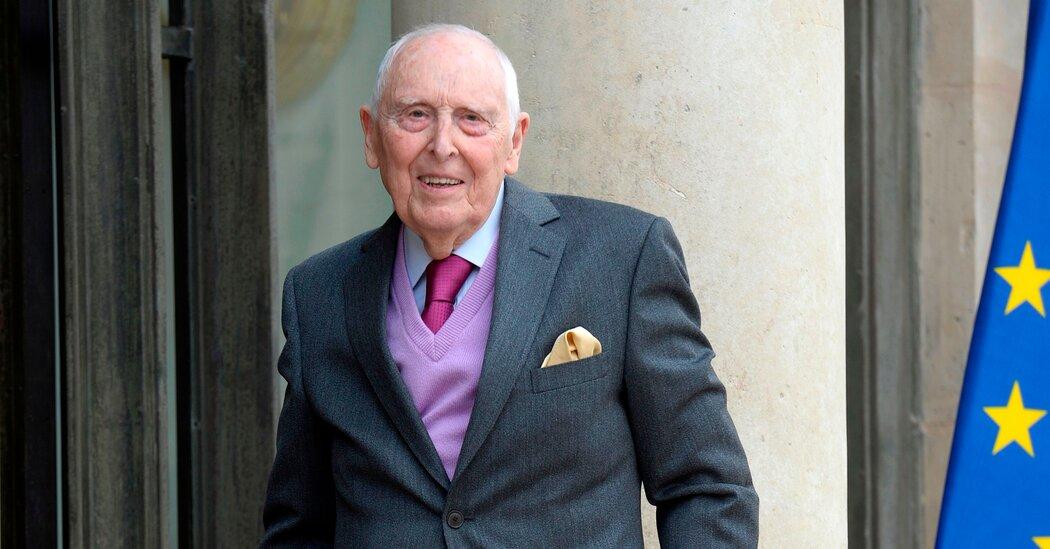 In his teenage years, Mr. Cordier became an organizer for the extreme right and monarchist Action Française inspired by Charles Maurras, a writer and politician who opposed republican government. He was a secret admirer of Europe’s fascist leaders and yet nurtured an equally unspoken passion for the works of the avant-garde and hedonistic André Gide.

As the scion of a wealthy family, he divided his time between summer vacations in the Atlantic resort of Biarritz and winters skiing — a lifestyle that came to an abrupt end on Sept. 3, 1939, with the declaration of war by France and Britain. In June the following year, German troops overran Paris; Pétain called for an armistice and established the collaborationist Vichy government in the southern part of France; and de Gaulle urged his followers to keep up the fight.

With German troops advancing south, Mr. Cordier and a group of other young Frenchmen in the port of Bayonne boarded the Leopold II, a Belgian freighter whose captain agreed to take them in the hold of his vessel in return for a payment from Mr. Cordier’s stepfather. Initially, the cargo ship was supposed to steam to North Africa, but it changed course at sea and docked in Cornwall at the southwestern tip of England.

In London, Mr. Cordier and other fugitives were received by de Gaulle. “I will not congratulate you for coming here: you did your duty,” he told them, according to Mr. Cordier’s memoirs, “When France is in agony, her children are duty bound to save her.”

Mr. Cordier returned to France in July 1942 as a covert intelligence operative, part of the so-called Central Bureau of Intelligence and Operations, known by its initials in French as the B.C.R.A., that acted with British support as the main channel between de Gaulle’s Free French and individual Resistance groups.

Armed with a revolver and a knife, and carrying documents for Rex in Lyon, Mr. Cordier parachuted from a British airplane flying low over the French countryside, landing in a clump of gorse.

He was not aware that Rex was in fact the debonair Jean Moulin, effectively de Gaulle’s viceroy in occupied France, who almost immediately recruited Mr. Cordier as his personal assistant after inviting him to dinner and asking: “How was your journey?”

Train derails in Taiwan, with at least 36 dead and many injured

We asked, you told us: You’re on the fence about water resistance on flagships