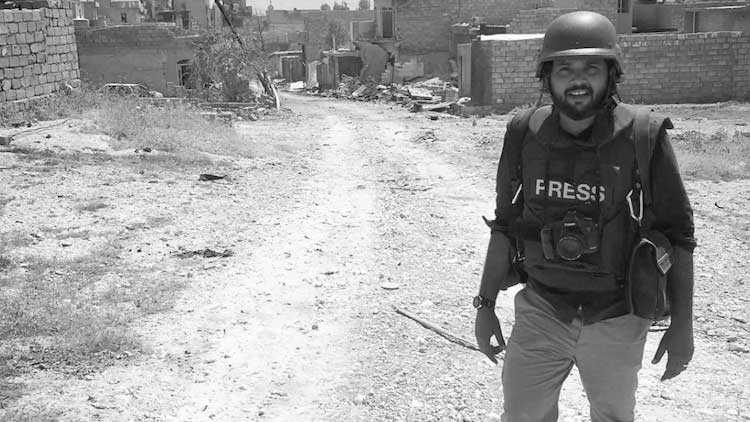 Danish Siddiqui was an Indian photojournalist, he was well known for his famous Photography. He was killed on 16th July 2021 while covering the clashes between the Afghan troops and the Taliban.

You can read here all the details of Danish Siddiqui Biography, Wiki, Age, Death, Career, Net worth, Wife, Photos & More.

Danish was killed on 16th July 2021 at the age of 40 -41 years while covering the clashes between the Afghan troops and the Taliban. He was covering that fight then he was injured by the gunshot. But due to gunshot wounds, He died in Spin Buldak, Kandahar, Afghanistan.

Danish Siddiqui was a professional Indian photojournalist. He was born on 19 May 1980 in Soweto, South Africa. He belongs to Indian nationality. Danish’s eyes color was black and his hair color was also black. He used to work as a News Journalist before becoming a photojournalist.

Even he and his colleague Adnan Abidi had received the Pulitzer Prize for presenting photography for the Rohingya refugee crisis documentary as part of a Reuters.

Danish started his career in starting as a television news correspondent. He worked in the Indian today group as a correspondent from Sep 2008-10. Later, He changed his profession to photojournalism. He started his job as a photojournalist by joining the international news agency Reuters as an intern in the year 2010.

Siddiqui covered the Battle of Mosul (2016-17), the Nepal Earthquake in April 2015, the refugee crisis arising from the Rohingya genocide, Hong Kong protests of 2019-2020, Delhi Riots 2020, and the Covid-19 pandemic in South Asia, Middle East, and Europe so far.

In 2018, Siddiqui became the first Indian alongside colleague Adnan Abidi to win the Pulitzer Prize for Feature Photography as part of the Photography staff of Reuters for documenting the Rohingya Refugee Crisis.

A photograph clicked by Danish during the 2020 Delhi Riots was featured as one of the defining photographs of 2020 by Reuters. Siddiqui used to lead the Reuters Pictures team in India.