Danny Masterson Pleads Not Guilty To Rape Charges; Facing 45 Yrs If Convicted, Actor Expected Back In Court In March – Update 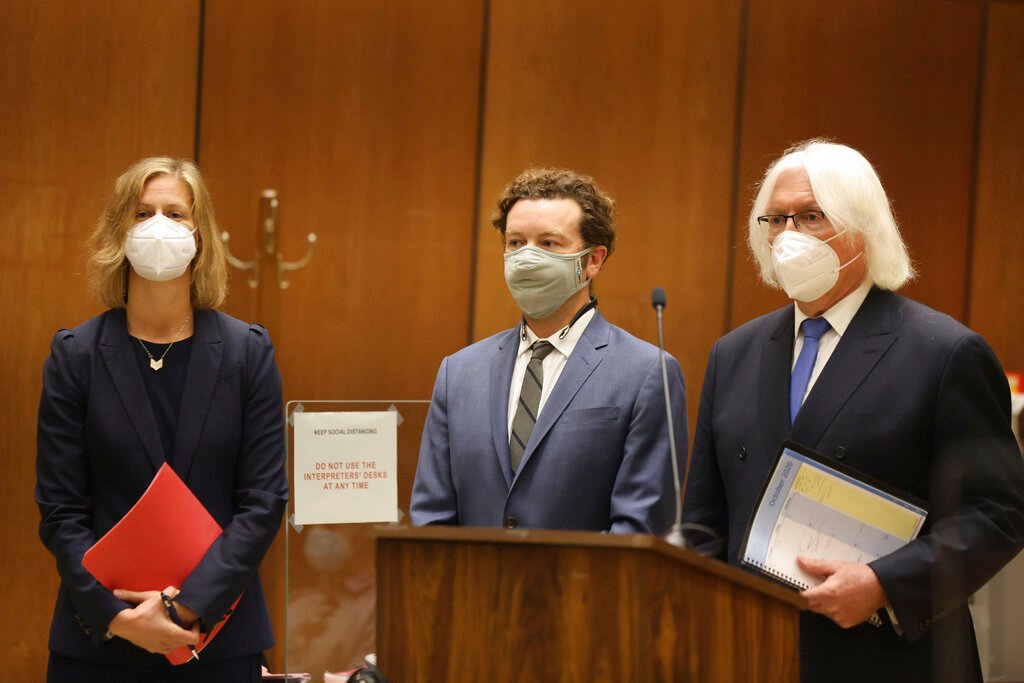 That ’70s Show actor was not actually in court in DTLA this morning for the arraignment hearing. However, his main Defense lawyer Tom Mesereau said his client was pleading not guilty to the claims that he sexually assaulted three women in the early years of the last decade.

First charged in June last year and out on bail of $3.3 million, Masterson or at least his case will be back in LA Superior Court in the early spring, the LA County D.A.’s office said after the hearing had concluded.

Actor pleaded not guilty today to raping three women; he is due back in court on 3/24. https://t.co/evLUslZd6x #LADAOffice

Looking at up to 45 years behind bars if found guilty at trial, this criminal case is different that the civil cases that Masterson also is facing. In a decision that stunned many, LASD Judge Steven Kleifield on the last day of 2020, ruled that the civil complaints must be settled by the Church of Scientology in “religious arbitration” because an arbitration agreement already exists that compels any disputes to be handled in that manner.

As for the criminal case and any trial, anticipate more delays as the Covid-19 pandemic has seen LA courts closing and/or backlogged for months on almost all matters.

In a masked and socially distanced hearing this morning in downtown L.A., Judge Eleanor Hunter rejected the defense stance that the case against the former That ’70s Show star should be tossed under the statute of limitations. Represented by his lawyers Thomas Mesereau and Sharon Appelbaum, Masterson was not present at the hearing.

Accused back in June of three counts of forcible rape, Masterson is out on a $3.3 million bail. If convicted as charged on assaulting the three women, he faces a possible maximum sentence of 45 years to life in state prison.

Deputy District Attorney Reinhold Mueller of the Sex Crimes Division, who is prosecuting the case, said all of the alleged crimes occurred at the defendant’s Hollywood Hills home in 2001 and 2003.

As agreed among the attorneys and the L.A. County DA today, Masterson will be in court November 2 for his arraignment.

At the time of the warrants this summer, Mesereau released a statement saying his client “is innocent, and we’re confident that he will be exonerated when all the evidence finally comes to light and witnesses have the opportunity to testify.”

During today’s hearing, Hunter also rejected a move by the defense to keep the media out of the courtroom. Appelbaum argued without success that the presence of the press in the high-profile case “creates an unfair prejudice for the defendant.” Prosecutors from Jackie Lacey’s office had “no objection” to media requests to be the courtroom.

Masterson was co-starring with former ’70s Show castmate Ashton Kutcher on Netflix’s The Ranch in December 2017 when news of the rape allegations surfaced, prompting his departure from that series.