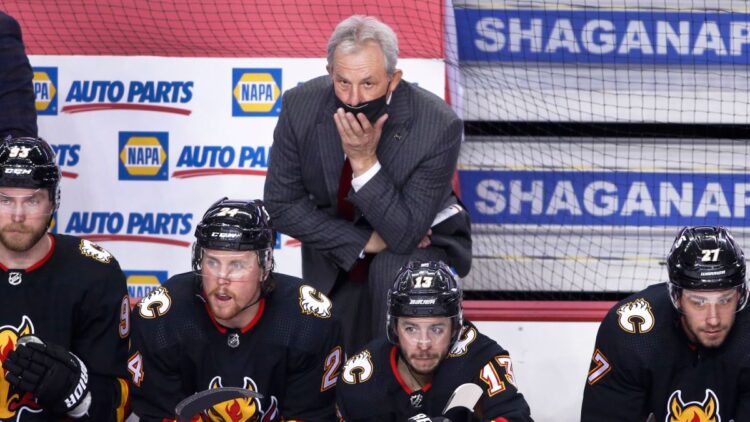 Darryl Sutter played 406 games in the NHL, so he knows what an achievement it is to get to 500.

Sutter also has coached 1,296 games in the NHL, so he knows that 500 is a number that many players reach, and that round numbers really aren’t that big of a deal anyway.

And, of course, Sutter is Sutter, so his way of expressing things is … unique.

On its own, Sutter’s response to a question about Johnny Gaudreau getting ready for his 500th NHL game on Saturday night — “Hopefully he has more energy than in his 499th game” — is perfectly Sutterian. But to go from reading the quote to seeing and hearing his delivery? Yeah… that’s the good stuff.

Gaudreau, who has 13 goals and 12 assists in 35 games this season — his 0.71 points per game rate is the worst of his career — played 19 shifts for 16:31 in the Flames’ 3-2 loss to the Jets on Friday night, recording two shots on goal, one more shot attempt that was blocked, and a giveaway.

Stats don’t always tell the whole story, but that’s a very quiet line. It’s possible to be quiet but devastating… and that’s exactly what Sutter showed in roasting Gaudreau instead of appreciating the made-up milestone.