Dave Bautista Tweets 3 Times in a Row Without Mentioning Politics 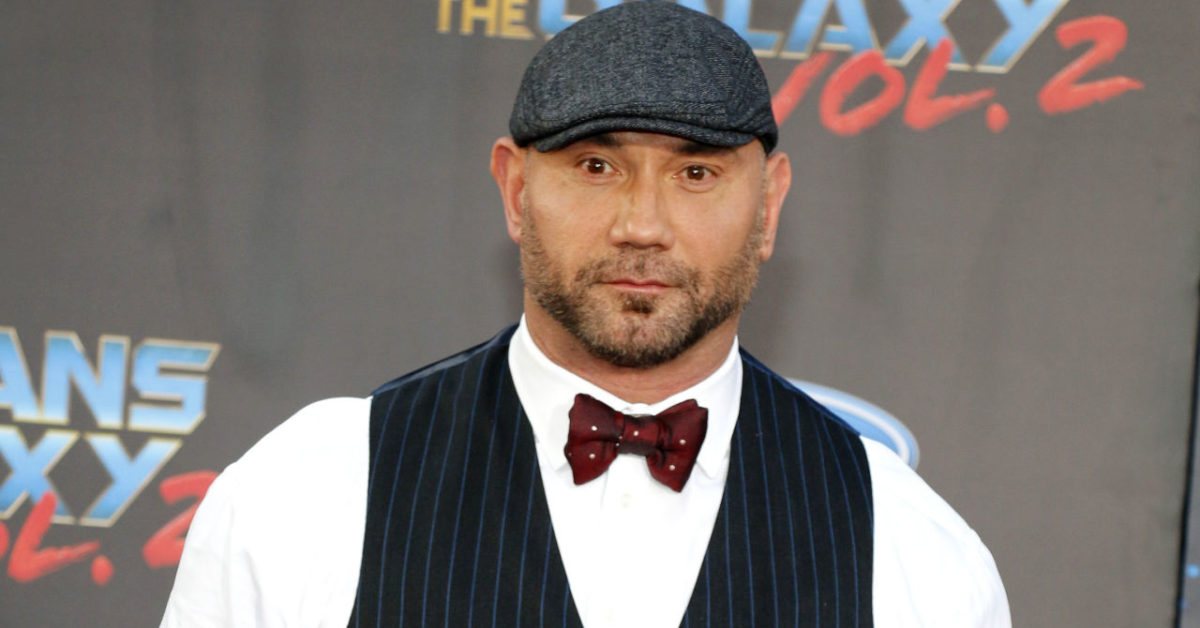 Alarm bells sounded, balloons and confetti fell from the ceiling, and onlookers were delighted when former WWE wrestler turned Hollywood megastar Dave Bautista went three tweets on Sunday without mentioning anything about politics. The Animal has been embroiled in an ongoing feud with fellow WWE Hall-of-Famer former Presidente Donald Trump for as long as anyone can remember, continuing that feud with Trump’s allies in the Republican party after Bautista’s ally, President Joe Biden, defeated Trump in the main event of the 2020 Election PPV. Consequently, Bautista’s Twitter feed has been a nonstop stream of political advocacy and attacks on his political enemies, with nary a mention of pro wrestling or Hollywood superstardom. That all changed on Sunday, and all it took was the biggest sporting event of the year to make it happen.

“#SuperBowlLV better be ready for me and @RocketMortgage,” tweeted Bautista on Sunday morning about his then-upcoming Super Bowl ad for Rocket Mortgage. “Tune in tonight! #ad”

After the ad finally aired during the big game, Bautista tweeted at co-star Tracey Morgan, noting, “That bathrobe is a great look for you @TracyMorgan. @RocketMortgage puts the certainty in home financing! #BeCertain #SBLV #ad.”

Soon after, when both Bautista’s Rocket Mortgage ad and fellow WWE Hall-of-Famer John Cena’s Mountain Dew ad had both aired, Bautista responded to a fan suggesting the pair star in a buddy cop movie to say, “You and you both!”

Despite a brief respite from political tweets, don’t expect things to change, either for Dave Bautista, who is likely to resume tweeting incessantly about politics or for this reporter, who remains trapped in the basement of Bleeding Cool headquarters and forced to produce nonstop clickbait articles about Dave Bautista’s tweets, which, as you can see, do not necessarily need to be about politics. Besides, even as Bautista’s original tweets were non-political for an entire 24 hours, he continued to retweet political messages, including an attack against Republican Congresswoman Lauren Boebert, a video promotion mask-wearing, an appeal about the hypocrisy of Blue Lives Matter supporters in ignoring the attacks on police officers during the January 6th insurrection, and, in a final retweet to tie everything together, a congratulatory tweet by President Biden to the Tampa Bay Buccanneers for winning the Big Game. [Editor’s Note: You managed to make an article out of nothing, is that like dividing by zero? I’m rather impressed, Jude, keep impressing me and we’ll see what happens.]