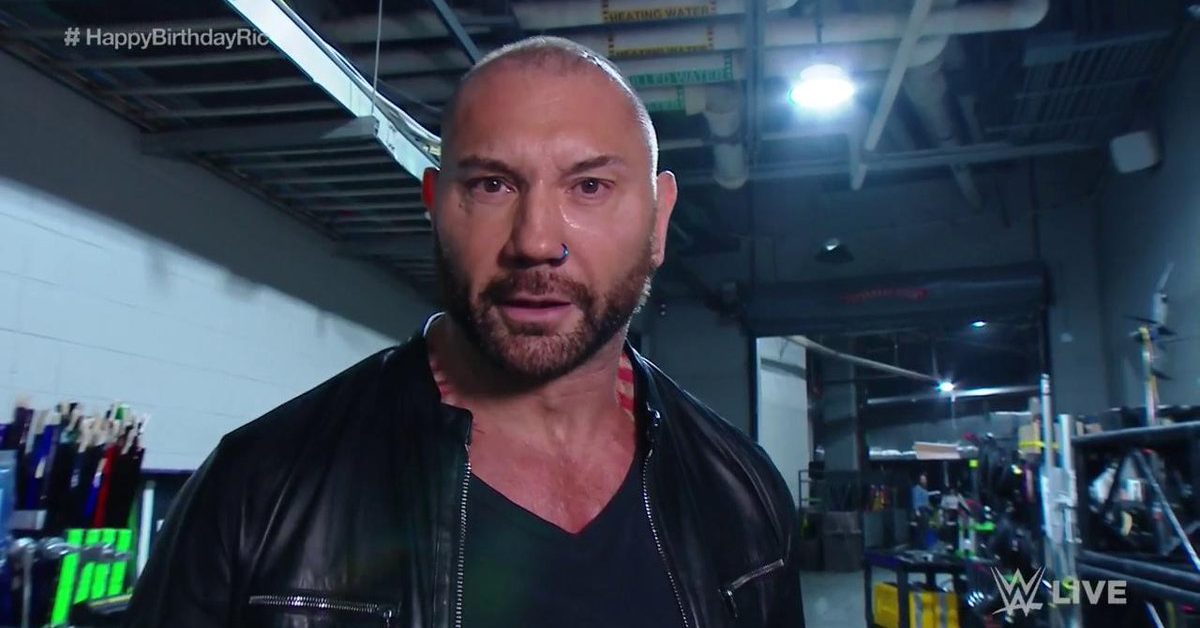 Former WWE wrestler turned Hollywood megastar Dave Bautista has a question for the people of Georgia: who elected this “low class skanky ho” to Congress? Bautista is referring to Republican Congresswoman Marjorie Taylor Greene, a QAnon follower who has been under fire in recent days for her numerous comments made in support of baseless conspiracies, from Pizzagate, to claiming school shootings are false flag operations, to the lie that Donald Trump won the 2020 presidential election. It’s that last one that brought Greene to the attention of Bautista, a long-time political opponent of his fellow WWE Hall-of-Famer, former President Trump.

Bautista was responding to a video of Greene that Scott Dworkin described thusly: “Here’s video I found of Marjorie Taylor Greene calling electeds an awful slur used against those with learning disabilities. She then says ‘I’m not trying to talk down on people with Down’s Syndrome. But that’s what these people are.’ Expel Greene.” Bautista responded to the tweet, writing, “What I want to know is who are the people that elected this low class skanky ho to represent them?” Bautista also shared a video of Greene praising a planning meeting ahead of January 6th to overturn the election. Bautista supports Greene’s expulsion from Congress, a claim many Democrats have echoed, especially after evidence emerged that the deranged Greene supported the execution of Democrats before running for Congress.

At press time, it’s unclear whether Bautista has or has not identified the people that elected Greene to Congress. What is clear, however, is that no one has yet located Bleeding Cool’s headquarters, because if someone had, we feel sure that, by this point, someone would have come to rescue us from the basement where we are being held against our will and forced to produce clickbait articles about the political tweets of a retired professional wrestler. [Editor’s Note: Our headquarters are quite easy to find, Jude, so if that’s your explanation for why your favorite wrestler hasn’t come to visit you then it’s quite wrong.]

X
‘Titans’: Jay Lycurgo Set To Recur As Tim Drake In Season 3 For HBO Max…TVTitans has found its new Robin in I May Destroy You actor Jay Lycurgo. Lycurgo will recur on the HBO Max series as Tim Drake, who is described as a st…
close