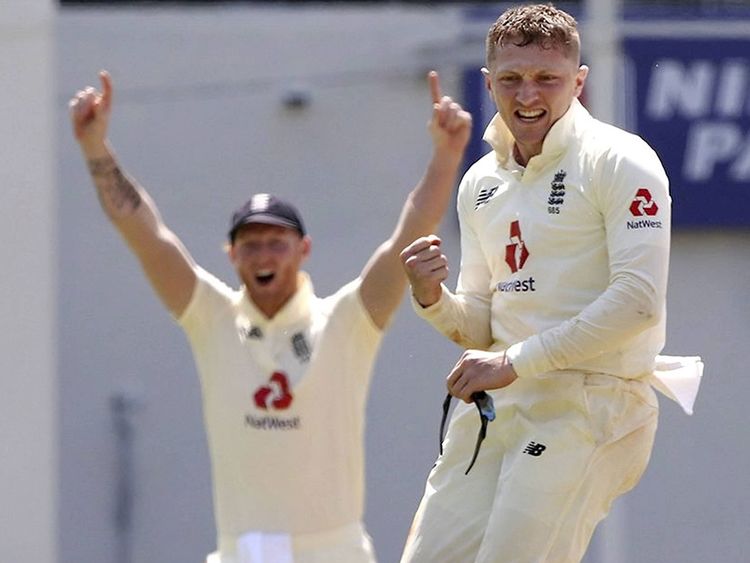 David Lloyd has questioned the England team management over picking spinner Dom Bess for the fourth Test against India. The former cricketer-turned-commentator opined that skipper Joe Root is a better bowler than the off-spinner at the moment.

Dom Bess went wicketless in India’s 1st innings in the fourth Test, conceding 71 runs in 17 overs at an economy rate of 4.2- the highest amongst the English bowlers. Part-time bowler Joe Root, on the other hand, gave away 56 runs in his 18 overs. The England captain also picked up a five-for in the 3rd pink-ball Test.

David Lloyd: England Should Not Have Picked Dom Bess

Writing in his column for the Daily Mail, David Lloyd said Dom Bess looked extremely nervous with the ball in hand in the 4th Test. In the 1st Test though he picked wickets of Virat Kohli, Ajinkya Rahane, Cheteshwar Pujara, Rishabh Pant in the 1st innings, and Washington Sundar in the 2nd innings.

“I feel for Dom Bess. He’s got the yips and I can tell you from personal experience that it’s not nice. You’re in a state of confusion and forget how to let the ball go. The only good thing is that it goes as quickly as it comes, but England should not have picked Bess. What made them think he had solved his problem of bowling full tosses? Joe Root is a better bowler than Bess at the moment,” David Lloyd wrote.

Dom Bess played the first Test in Chennai against India, with the off-spinner returning with figures of 5-126 for the match. However, he couldn’t stop the flow of runs and was dropped for the next 2 Tests.

Dom Bess Will Be Better With These Experiences Going Forward: Jeetan Patel

England’s spin bowling coach Jeetan Patel acknowledged that Dom Bess didn’t have the best of outings on Day 2 of the fourth Test. Speaking after the day’s play, Jeetan Patel explained that the 23-year-old is still on a learning curve.

“There’s still room for him to improve, like everyone in this group, he’s very young and he’s still learning how to bowl with a red ball at Test level, which is very difficult. He will be better with these experiences going forward,” Patel said in a virtual press conference.

England will be looking to wrap up the Indian innings as soon as possible on Day 3. India scored 365 in their first innings taking a lead of 160 runs over England who scored 205. Rishabh Pant and Washington Sundar were the leading run-scorers in India’s 1st innings scoring 101 and 96 not out respectively. Ben Stokes picked 4 scalps while James Anderson accounted for 3 wickets. Jack Leach picked 2 wickets and Dom Bess and Joe Root went wicketless.