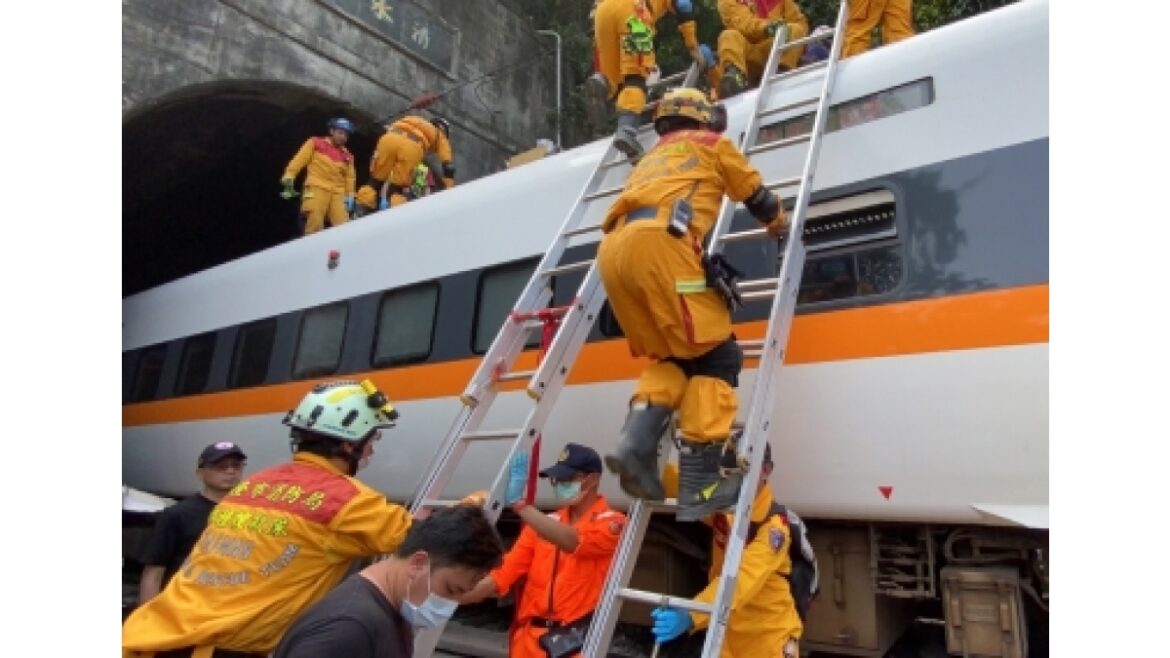 The train comprised eight carriages and had more than 350 passengers on board.

According to the TRA, a construction vehicle reportedly rolled down a slope and hit the passing train which triggered the derailment.

Several carriages were badly deformed, with five of the eight stuck inside the Daqingshui Tunnel, it added.

By Friday afternoon, 16 trains and 6,398 travellers had been affected by the disaster.

The Administration further said that most of the victims were found in the two last carriages.

A total of 118 people were injured, many of them transferred for treatment to several hospitals in the region or receiving first aid at nearby Chongde Railway Station.

The derailment occurred on the first day of a four-day break for Taiwan’s annual tomb-sweeping tradition, dpa news agency reported.

The passengers said the accident was terrifying.

“I didn’t dare look at the scene, there were many people were lying there,” a passenger, who managed to escape, told the state-run Central News Agency.

“It was totally dark. People had no idea what to do.”

Another passenger told Eastern Broadcasting Company that he and others had had to work together to break a window in order to escape.

Premier Su Tseng-chang, who visited the accident site, apologised to the passengers for the accident and sent his condolences to the victims’ families.

President Tsai Ing-wen has instructed the authorities to continue the rescue activities and to fully investigate what caused the accident.

The last major train accident in Taiwan was in October 2018, when 18 people died.