Dear Eonni: A fanboy from India reaches out to his favourite BLACKPINK Noona Jisoo with a sweet letter 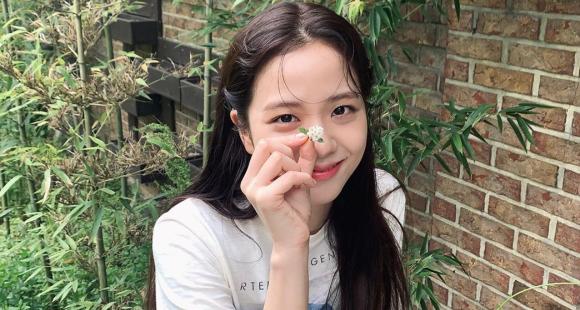 Dear Eonni: A fan from India penned a letter addressed to BLACKPINK to show his love and support towards the group. He also revealed his favourite Noona is Jisoo.

Dear Eonni: A fanboy from India reaches out to his favourite BLACKPINK Noona Jisoo with a sweet letter

BLACKPINK members are busy with a number of activities lately. While Rosé and Lisa are preparing for their solo debut, Jisoo will be seen making her acting debut with Snowdrop. Jennie will be joining the trio later this month for their online concert The Show. While fans are eagerly waiting for all these events to pan out, a fanboy from India penned a letter gushing about K-pop girl group and revealed Jisoo is his favourite. Ankit Hanutiya from the country revealed that he loves Jisoo”s vocals and visuals.

Read his letter below:

Ankit Hanutiya from India here, I am a big fan of K Pop which I can’t explain to you especially Blackpink. One day I was watching videos on YouTube that I saw a music video Kill This Love from Blackpink which I saw and I couldn’t say what a great song it was. I have since watched all of their videos. I am learning the Korean language to understand their songs but I am not proficient in it yet I am still trying. I love all the members of Blackpink Jisoo, Jennie, Lisa and Rosé especially Jisoo. I love her vocals and visuals. One of her specialities is that she can also rap. And the funny thing is that she doesn’t know how to speak English very well(well I don’t know how to speak English so well). Still, I like her Best. I have been a K Pop fan or Blackpink fan 1.5 years now. I hope you read this is the only Noona, I think Jisoo is so cute and best. Stay Safe and Be Happy BLACKPINK.

Lots of love and affection

Want to let out in words, your undying fondness for your favourite K-drama and K-pop stars? Email your open letter to: [email protected], mentioning your full name and country. The opportunity is open to readers from across the globe.

Disclaimer: This is user-generated content. The views and opinions expressed in this letter are those of the author.