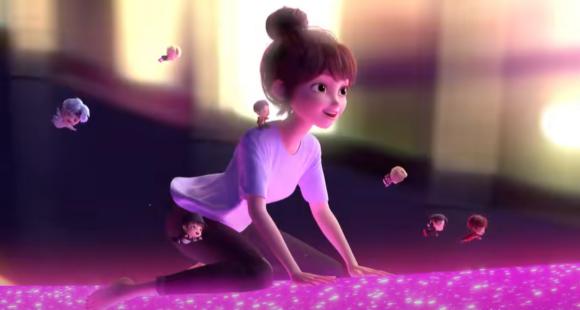 In today’s edition of Dear Oppa, a BTS fan from India pours her heart out expressing the emotions she felt while watching the new Tiny Tan video Dream On.

Over the weekend, the BTS ARMY was left emotional after a new Tiny Tan video was dropped on YouTube. The animated BTS video titled Dream ON and featured a young girl dreaming of becoming a musician. Through the video, ARMY watched the animated septet cheering the young girl up and giving her hope to live her dreams despite the hardships. The video has left fans emotional. An Indian fan named Akanksha from India revealed feeling an ocean of emotions after watching the MV.

Check out the letter below:

Oh! It has been 5 hours for me watching tiny tan zero o clock and even after hours of processing I am still so blank. I do not understand this feeling. When I watched the video and realised what was going on in the animation, it felt as if It was made for me. I remember myself writing about how miserable I have become on Weverse. I wrote about how I dream of being an idol and me at the verge of giving up because all of this is considered as a taboo in a middle-class Indian household.

I thought I was the only one going through this dilemma but I was wrong there are thousands like me who are crushing between the rules and their dreams. Trust me this video was a “dream in’ for everyone. I really cannot express what’s going on inside. There’s pain, their joy, there’s regret, there’s pride.

It is becoming really difficult for me to differentiate what is what but the only thing I know is that the video accelerates the flame of my hopeful dreams again.

There was a girl who wanted to get to her dreams but she could not, she was so desperate so gloomy. Thinking about all, she drifted to sleep and in her dreams, she sees everything so bright and beautiful purple. Everything felt so right, so unbelievable but still so real. The part which touched me was when the magic gave her new makeover and she played the piano. It felt like I am the girl who is there in that video. It felt like everything was made for me. These things may seem so small but they meant the world to me.

I am still so overwhelmed that I can cry any moment now. I really don’t know how to react. The video said Dream on it will give you a better future. Trust me I will never stop. Thank you for saving me from giving up. I don’t know where it came from but I will really take it as it was made for me especially describing all the problems and wishes I have in my heart.

ALSO READ: Dear Oppa: A BTS fan from Bhutan says V is her source of strength; Says rooting for him was the best decision

Want to let out in words, your undying fondness for your favourite K-drama and K-pop stars? Email your open letter to: [email protected], mentioning your full name and country. The opportunity is open to readers from across the globe.

Disclaimer: This is user-generated content. The views and opinions expressed in this letter are those of the author.