Death by Shark Is at a High in Australia. What’s Going On? 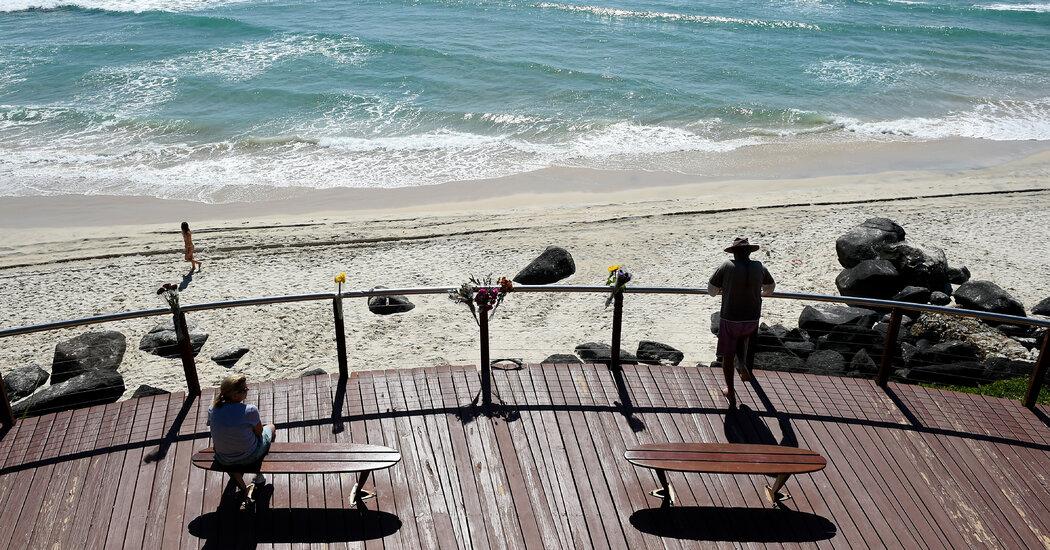 Though the jump in deaths is attention-grabbing, the chances of being mauled and killed by a shark are still extremely slim, experts say. Last year, 11 people were involved in what the International Shark Attack File defines as “unprovoked attacks” in Australia. None of those were fatal. The most, 41, occurred in the United States, but nobody died there, either.

Sharks do not actively hunt human beings but may attack when they feel threatened or confuse people for prey. Drone footage, scientists say, has shown that sharks will often swim in the same water as surfers and bathers without attacking them. Scientists are exploring solutions that include attaching LED lights to the bottoms of surfboard to prevent sharks from confusing surfers with seals.

Still, the issue has become a “political hot potato,” Professor Brown said, with state governments rushing to invest money in beach-protection measures including setting traps for the animals, using drones to track them and enclosing beaches in shark nets — despite the fact that the meshing programs have been shown to have little success.

The deaths have also reignited debate around culling the creatures, which animals rights activists say is inhumane. Nets placed around the beaches to protect swimmers have also resulted in the accidental deaths of thousands of other marine creatures including turtles, stingrays and aquatic mammals called dugong.

Even some of those who have been attacked by sharks oppose culling or shooting them. The police fired about 25 bullets at the shark that killed Mr. Cernobori.

“I’ve always been against the culling of them,” said Phil Mummert, 28, who survived an attack off Western Australia in July. Mr. Mummert was surfing at Bunker Bay, south of Perth, when a shark bit his board in twoand punctured his upper thigh, just an inch from his femoral artery.

He said he was glad that, in the end, the authorities had not succeeded in locating the shark that had attacked him. “There’s just no way to know that’s the one,” he said.