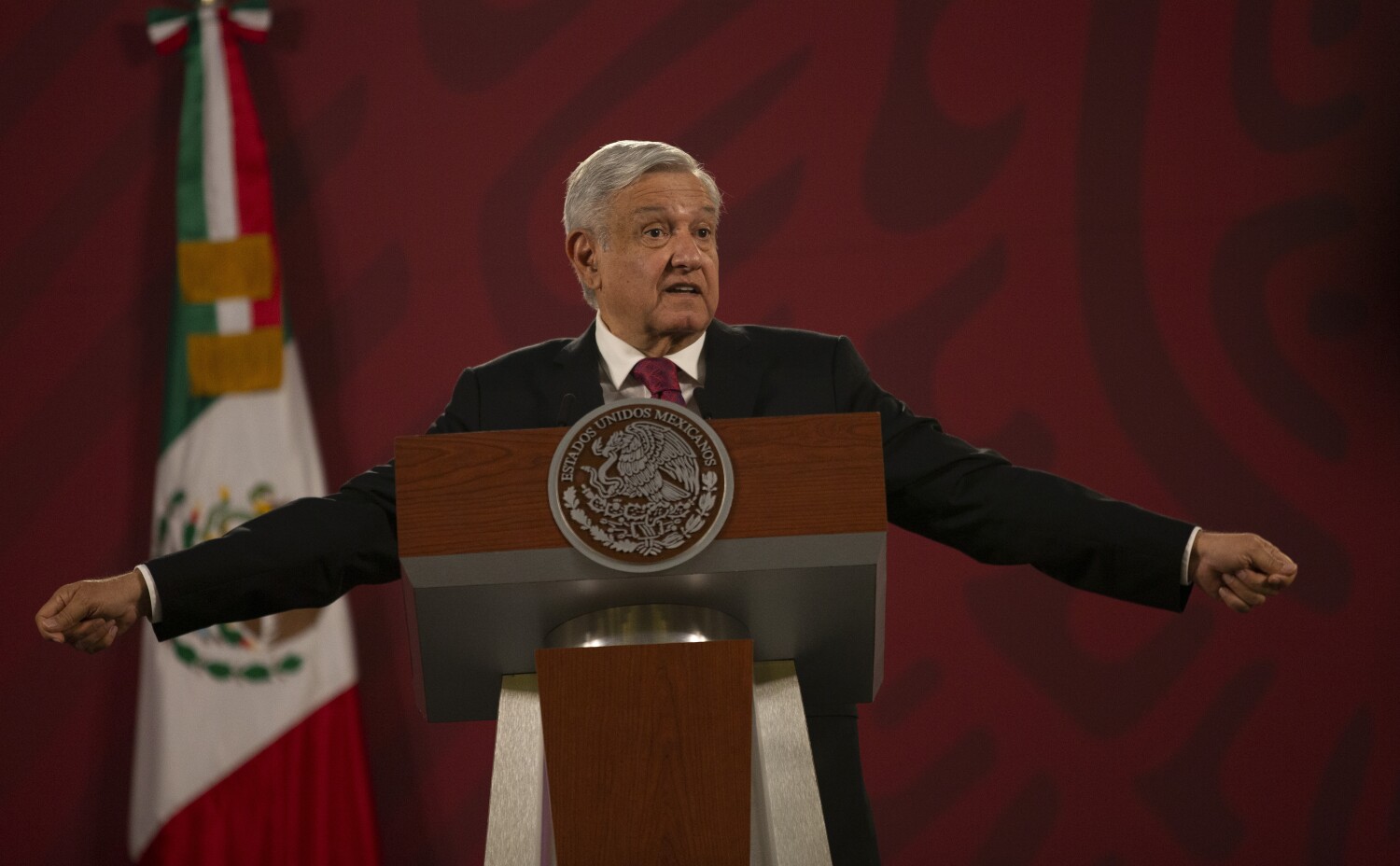 Mexican President Andrés Manuel López Obrador joined Monday in a chorus of international condemnation following the death of a Salvadoran refugee arrested by police in the Caribbean tourist resort town of Tulum.

The victim died after Mexican police held her facedown on a street and one officer kneeled on her back in a technique reminiscent of the police action that led to the death last summer in Minneapolis of George Floyd, according to a video of the incident widely circulated on the web and in the media.

The parallels with Floyd’s death helped fuel a social media outcry featuring comments from across the globe. One hashtag trending on Twitter was #NoMurioLaMataron — “She Didn’t Die They Killed Her.”

In his morning news conference, the Mexican president — who has come under criticism for not doing enough to stem rising violence against women — said the victim, identified as Victoria Esperanza Salazar Arriaza, was “brutally treated and murdered,” adding: “It is a deed that fills us with sorrow, pain and shame.”

The four Mexican police officers involved in the incident were arrested Monday, said the attorney general of Quintana Roo state, where Tulum is situated. They were charged with feminicide, a special category of homicide linked to misogyny or sexism. Conviction could bring prison terms of between 20 and 50 years.

Salazar, 36, was a native of El Salvador and single mother of two teenage girls, according to Salvadoran press. She was among a growing number of Central Americans residing in Mexico, some after receiving refugee status.

Salazar was a hotel worker in Mexico, Salvadoran media reported, and lived with her daughters, aged 15 and 16.

Salvadoran President Nayib Bukele, with 2.3 million followers on Twitter, said his government “only asks for justice” and demanded that the “full force of the law” fall on those responsible for her death. The Salvadoran government, he vowed, would care for her daughters, who are also in Mexico.

Salazar suffered a fractured spine produced by the “rupture of the first and second vertebrae, which caused the loss of life of the victim,” the Quintana Roo attorney general said in a statement.

The injuries, the statement said, were consistent with the “disproportionate,” life-threatening force used on the victim during her arrest on Saturday afternoon.

Officials did not clarify the reason for her arrest. According to Mexican media accounts, she was detained on suspicion of exhibiting drunk and disorderly behavior.

In San Salvador, Salazar’s family went to the country’s foreign ministry seeking a quick return of her remains.

“I ask for justice for my daughter, because I don’t see a justified cause” for what police did to her, Rosibel Arriaza, the victim’s mother, told Salvadoran media.

Her daughter moved to Mexico five years ago seeking “better opportunities, like other Salvadorans,” for her two children, the mother said.

It was unclear if Salazar faced any threats that also contributed to her decision to leave El Salvador. Mexican authorities say they granted her official refugee status in 2018. Such cases generally involve people who express a fear of returning to their homelands.

Tens of thousands of Salvadorans and other Central Americans have settled in Mexico in recent years, many after having been thwarted in efforts to migrate to the United States. The tourist industry of Mexico’s Caribbean coast is a major employer of Central American immigrants.

Mexican authorities did not dispute the authenticity of the video apparently showing Salazar’s arrest. It appears to be from a cellphone; whoever shot the footage has not been identified.

In the video, the woman identified as Salazar is seen lying on the street, next to a police cruiser, writhing in apparent pain, her hands restrained behind her back. A female police officer kneels on her back and appears to use her hand to apply pressure on the rear of Salazar’s neck. Three male officers stand by watching.

The clip then jumps to a scene of the woman identified as Salazar lying limp on the street and the police officers looking down at her. The female officer and a male colleague lift her into the rear cargo bed of a police pickup truck. She is barefoot and doesn’t appear to be responsive. Mexican authorities did not specify when she died.

Commenting on the case, López Obrador reached out to the victim’s family, “to Salvadoran and Mexican women, to the women of the world, to everyone, men and women.” He vowed: “Those responsible will be punished.”

Sánchez is a special correspondent.