Home Death Transformed a Year, and What May Lie Ahead

Death Transformed a Year, and What May Lie Ahead 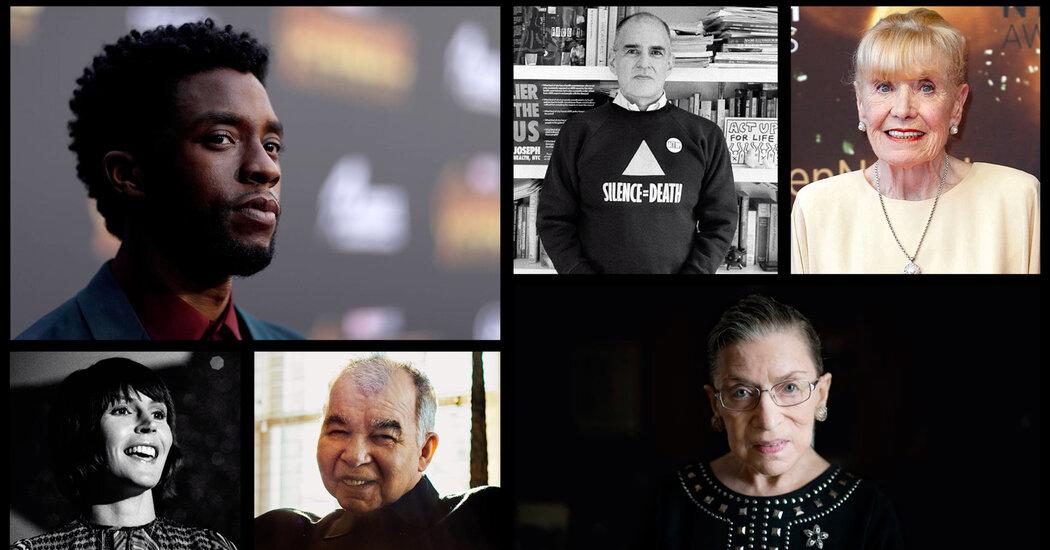 But he was a sports figure first and foremost, and dying so soon in 2020, he became the first in a parade of sports idols who passed from the scene this year. Within the span of six weeks Major League Baseball lost what seemed to be an entire wing of its Hall of Fame: Tom Seaver (another Covid casualty), Lou Brock, Bob Gibson, Whitey Ford and Joe Morgan. The Green Bay Packers lost four stalwarts from the team’s glory years under coach Vince Lombardi: Willie Davis, Willie Wood, Herb Adderley and Paul Hornung, Hall of Famers all. Gale Sayers, one of the N.F.L.’s greatest running backs, left Chicago bereft. And Mickey Wright, who some called the greatest player ever in women’s golf, died at 85.

A fellow coach who rivaled and maybe surpassed Lombardi for greatness, Don Shula, died in May still holding the N.F.L. record for total victories, 347. And early this month the gold-medal Olympian and good-will ambassador Rafer Johnson was gone, his death coming just a few weeks after that of the dazzling but troubled Diego Maradona, by all measures one of the two greatest players in soccer history, the other being his friend Pelé of Brazil.

Causes Worth Fighting For

The competitive sport of politics — and the cause of civil rights — suffered the loss of John Lewis, who, bloodied but unbowed on a bridge in Selma in 1965, took the fight for civil rights to Congress and never let up.

Mr. Lewis liked to talk about making “good trouble,” as he did — mixing it up with the powers that be in the name of a just cause. He was not alone in that. He was accompanied in death this year by two of his brothers in arms in the civil rights struggle (arms locked elbow to elbow). In the case of the Rev. C.T. Vivian, death came on the very same day it arrived for Mr. Lewis, July 17. The Rev. Joseph E. Lowery preceded them in March.

Across the ocean was Betty Williams, who had taken to the streets and the halls of power to stop the violence in Northern Ireland (Troubles that no one would call good), earning a share of the Nobel Peace Prize. Thich Quang Do, the patriarch of a banned Buddhist church in Vietnam, suffered prison, house arrest and internal exile for decades rather than submit to the Communist authorities.

In the U.S., the Rt. Rev. Barbara C. Harris, the first woman to be ordained a bishop in the Episcopal Church of the United States, sought to push open the doors to the church hierarchy even wider, to let in more women as well as Black people (like her) and gay people. Debra White Plume spent a lifetime fighting the power — be it government, corporate or police — pressing for the rights of Native Americans. And the activist, journalist and podcaster Monica Roberts told the stories of transgender people at a time, 14 years ago, when almost no one in mainstream society wanted to hear them.