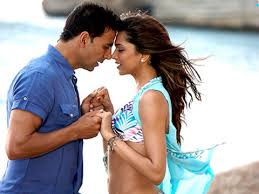 Housefull franchise is well-loved by the audience. Sajid Nadiadwala’s productions, the films have done phenomenally well over the years. We have seen four parts of the franchise and now the makers want to make part five too. Sajid is apparently narrowing down scripts for the film with his team and wants to make the project in Imax format.

Sajid and Akshay have decided to make their own Comedy Universe in Bollywood and for that, they are ready to bring all the characters that have been a part of the Housefull series so far. Deepika Padukone, John Abraham, Abhishek Bachchan, Akshay Kumar, Kriti Sanon and more are set to collaborate for the project according to the latest reports. Well, we hope an official confirmation comes soon.