Home EntertainmentBollywood Deepika Padukone on her early struggle: My accent was made fun of, was told a model cannot act

Deepika Padukone on her early struggle: My accent was made fun of, was told a model cannot act 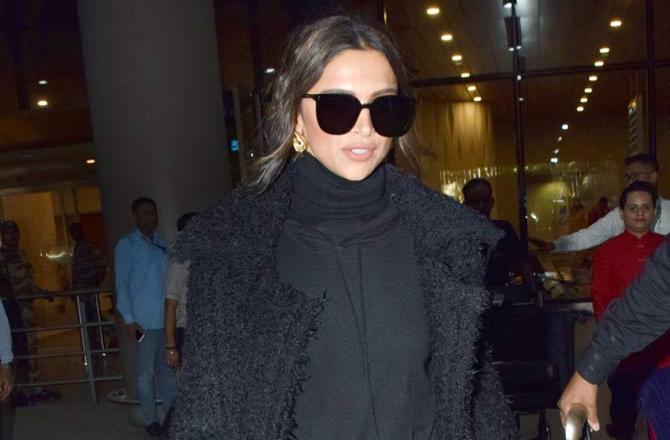 Deepika Padukone recently completed 13 years in Bollywood. She made her dream debut in 2007 opposite Shah Rukh Khan in Om Shanti Om. Since then, the actress has given blockbusters like Bajrao Mastani, Ram Leela, Piku, and Chennai Express.

During her early days in her career, the 34-year-old faced a lot of criticism. She was ridiculed for her accent and her acting. Recalling those days in an interview with India Today, Deepika said, “In 2007, when the film finally released, there was love and appreciation in abundance, but there was also a section of people who scathingly criticised my work, ‘Oh she is a model, she cannot act.’ My accent was made fun of. A lot was said and written about me and my craft, and, the truth is, all of it was extremely hurtful. When you are all of 21, these kinds of brickbats most certainly affect you. But fortunately for me, my foundation provided me succour me in the face of criticism and failure.”

“Criticism fuels me. It fuels me to work harder, to improve my skills, and evolve the various aspects of my craft. More importantly, it fuels my personal evolution. Failure, too, has taught me a lot. I have often been put down, even written off. But I have never been bitter about these experiences. In fact, I am grateful,” she added.

Deepika also revealed that she actually did arrive in Mumbai with just one suitcase and dreams in her eyes. After hustling and grinding through the modelling world for some years, she finally landed her dream role in the Farah Khan film.

A few days back, Deepika spoke about completing 13 years in the Hindi film industry, returning to shooting after months, and how she’s thankful she didn’t get locked down without Ranveer Singh. She said, “Honestly when I think about it, it doesn’t feel like 13 years. But on that particular day (November 9), when you get all the messages and look at the social media, you realise, ‘oh okay, it’s indeed been 13 years.’ Having said that, I do feel that it’s been an incredible journey with lots of learnings, as well as ups-and-downs. But at the end of the day, if I were to look back, there is only a feeling of gratitude.”

Talking about her lockdown experience with her hubby, she said. “Thank God, we didn’t get locked down without each other, which happened to quite a few people. So, what more can we ask for.” Deepika Padukone and Ranveer Singh ensured they entertained their fans when while sitting at home and used to share their shenanigans and PDA on social media.

Singh and Padukone tied the knot on November 14, 2018, and fans went Gaga over their wedding pictures. The duo collaborated for the first time for Sanjay Leela Bhansali’s Goliyon Ki Raasleela: Ram Leela in 2013 and were seen in his next two films as well- Bajirao Mastani and Padmaavat.

On the work front, Deepika and Ranveer will be seen together in Kabir Khan ’83. This film based on the 1983 World Cup was supposed to release on April 10 this year but was postponed due to the ongoing Coronavirus pandemic. Apart from this, she has Shakun Batra’s film with Ananya Panday and Siddhant Chaturvedi and a reported reunion with Shah Rukh Khan and John Abraham in Pathan.