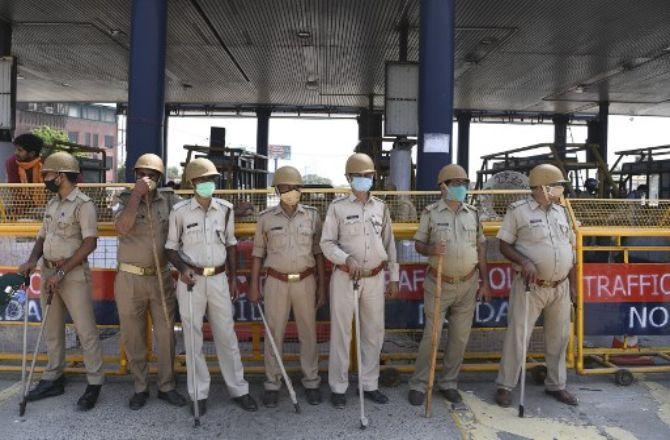 The Delhi Police team on Thursday searched the office of advocate Mehmood Pracha, who is handling several cases related to the February 2020 Northeast Delhi violence where at least 53 people died. The raids at Paracha’s office in Delhi’s Nizamuddin East began at around 12.30 pm and continued for more than three hours.

By seizing Adv Mehmood Pracha’s computers for particular emails, police will get a lot of data that’s protected by attorney client privilege. This goes to the heart of rule of law. Lawyers must stand up for Adv Pracha as much as for Adv P. Bhushan. https://t.co/t9YHTIwNDh

According to the Delhi Police, during the course of a bail matter pertaining to an accused of the Northeast Delhi riots, use of a forged notary stamp and creation of allegedly false and manipulated evidence at the hands of certain members of the bar was noticed. The Ld. Special Court had observed that the same required thorough investigation. Pursuant to this, a criminal case under appropriate sections of law was registered and an investigation taken up.

The raids on Mahmood Pracha Lawyer for the defence in the Delhi riots case is a direct attack on the fundamental right of the right to legal representation , all lawyers must condemn this attack

“During the course of investigation, search warrants to look for electronic and other evidence from the premises of two members of the bar were obtained from the Honourable Court and the same are being executed in a professional manner at one location in Nizamuddin and another at Yamuna Vihar,” a senior Delhi Police officer said.

“They came to our office with laptops, printers and gadgets and hacked our office computers. We will file an FIR regarding this,” Mehmood Paracha said.