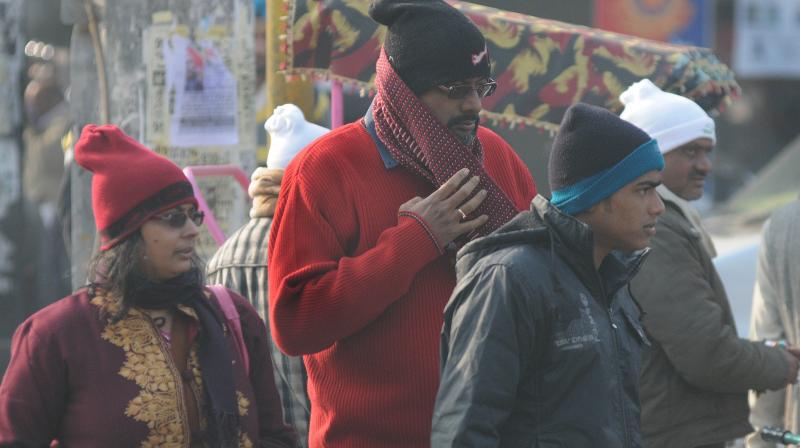 “The number of cold wave days in January this year was the maximum since 2008, when 12 such days were recorded,” Kuldeep Srivastava, the head of the IMD’s regional forecasting centre here, said.

The city had recorded six “cold wave” days in January 2013.

Clouds trap some of the outgoing infrared radiation, warming the ground. The minimum temperature falls in the absence of a cloud cover.

A cold wave swept the national capital on Sunday morning, with the minimum temperature dipping to 3.1 degrees Celsius.

This is the fourth “cold wave” day in Delhi in a week.

The minimum temperature settled at 2.1 degrees Celsius and 3.8 degrees Celsius in the national capital on Tuesday and Thursday respectively due to the cold and dry northwesterly winds barreling through the plains, the IMD said.

Cold wave conditions prevailed in Delhi on Friday too with the minimum temperature settling at four degrees Celsius, five notches below normal.

On New Year’s Day, the city had recorded a minimum temperature of 1.1 degrees Celsius, the lowest for the month in 15 years.

X
Union Budget 2021: Real estate sector pinning hopes on infrastructure status and…IndiaThere is a lot of anticipation from the Union Budget 2021 that will be presented by Indian Finance Minister Nirmala Sitharaman on February 1. The real…
close