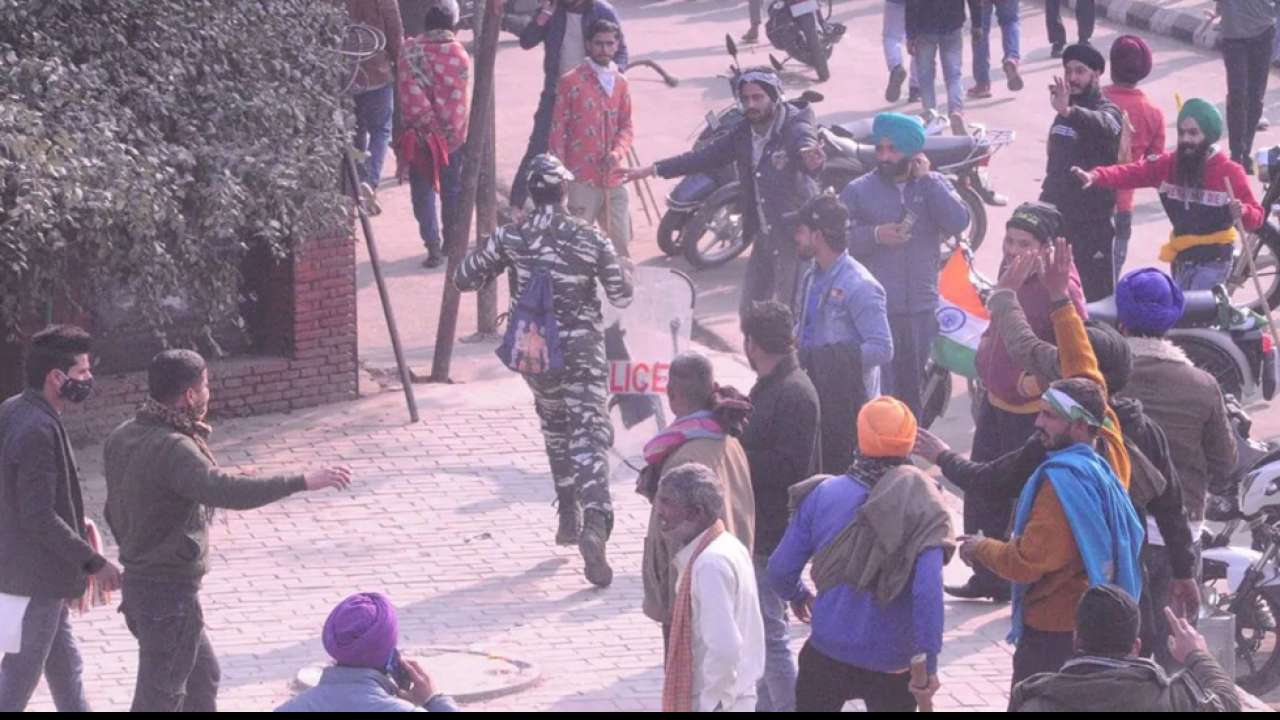 Hinting at strict police action against the farmers who were involved in unleashing anarchy in different parts of Delhi on Tuesday (January 26), senior officers of Delhi Police have said that cases will be filed in those districts where violence has taken place.

Lawsuits will be filed on the grounds for obstructing government work, attacking policemen, causing damage to government and private property, violating COVID-19 guidelines and disobeying NOC rules. The police officers said that the culprits will be identified and strict action will be taken against them.

At least 34 policemen of the East District got injured and 12 cops of Shahdara district suffered injuries. Many policemen are seriously injured. A total of 109 policemen have been reported injured from all over Delhi.

Reacting to the day’s incidents, Alok Kumar, Joint Commissioner of Police, Delhi, said that strict legal action will be taken against those who attacked the policemen during the farmers’ tractor parade.

Meanwhile, the Union Home Ministry has deployed additional security forces to bring the situation under control. The decision was taken during a meeting which was chaired by Union Home Minister Amit Shah on Tuesday evening.

“Additional companies of paramilitary forces are likely to be deployed in Delhi. These would be over and above 15 companies that were sent yesterday. Five companies were on standby today,” news agency ANI reported quoting government sources.

In a related development, Samyukt Kisan Morcha (SKM) has called off Kisan Republic Day Parade with immediate effect. The SKM has appealed to all participants to immediately return to their respective protest sites. SKM, however, announced the movement will continue peacefully.

Earlier, the SKM, which is a conglomerate of farmers’ unions, said it condemned and regretted the violence that took place in Delhi today. The body said that despite all efforts, “some organisations and individuals have violated the route (for tractor rally) and indulged in condemnable acts.”

Back to Top
Close Add post
X
Exposure to PM 2.5 raises anaemia risk in kids under 5: IIT-Delhi study…IndiaA study conducted by IIT-Delhi has found that extended periods of exposure to PM 2.5 can lead to anaemia among children under the age of 5 years. The …