Demands for leadership change in Kerala units of Congress, BJP 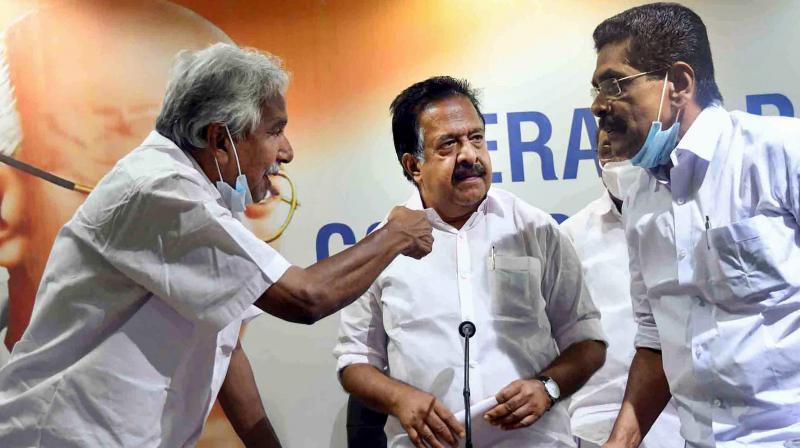 Thiruvananthapuram: Blame game has begun in the Kerala units of Congress and BJP following the defeat in the local body polls.

The Congress led UDF which expected to do well riding the anti-government sentiments, ended up with a disappointing performance.

In the Political Affairs Committee meeting held a day after the results were announced, the leadership drew flak for its failure to cash in on the favorable political conditions.  The party’s organizational machinery failed to rise up to the occasion, alleged a section of leaders.

The meeting has decided to review the poll performance in detail. A two day brainstorming will be held in Thiruvananthapuram on January 6 and 7 in which party’s MLAs, MPs, DCC presidents and political affairs committee members will take part.

“We admit in taking the message down to the people. But we will rectify our mistakes and come back strongly,” said KPCC president Mullapally Ramachandran.

On the demand for leadership change, the KPCC president said that no individual is responsible for defeat. “It’s the collective responsibility of all leaders. Success has many fathers but failure is an orphan. We need to put our heads together and work for the victory of UDF in Assembly polls,” he added.

Though former chief minister Oommen Chandy, opposition leader Ramesh Chennithala and Pradesh Congress chief had claimed that party’s base was intact citing 2015 results, there aren’t many takers for their theory in Congress.

Leaders like Muraleedharan, K Sudhakaran and V D Satheesan want nothing short of leadership change. Another challenge before the Congress is to regain the lost ground in its strongholds Pathanamthitta, Kottayam and Idukki districts. The erosion in its traditional Christian base in Central Travancore following the crossing over of Kerala Congress (M) led by Jose K Mani to the LDF camp is another big headache. Clearly the leadership has many things to do with very little time at their disposal.

The only relief for Congress though was BJP’s equally dismal performance. The BJP had claimed that it would replace Congress as main opposition in many districts.

But barring Thiruvananthapuram corporation, a couple of municipalities and panchayats, the BJP failed to make much inroads into the Congress base.

Quite understandably, daggers are out in BJP as well. At least two factions in the party have demanded the removal of state president K Surendran accusing him of running the organization in an authoritarian manner.

The BJP had set a target for 7000 seats in the state but it could manage to win 1600. There hasn’t been any significant increase in the total vote share either.